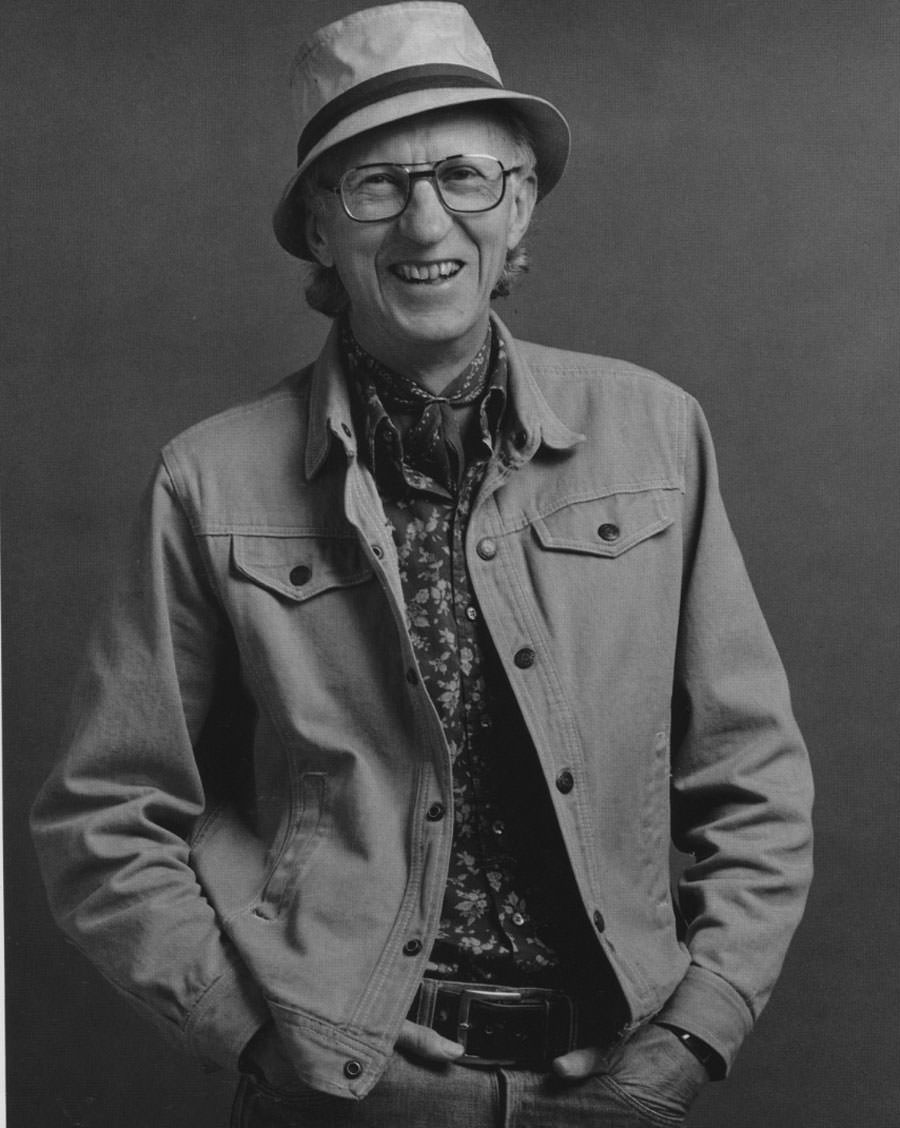 “My paintings are a private world of improvisation, spontaneity, humor and pathos, exaggeration and abandon. The images and shapes are often figurative, organic personal totem poles which in closer view become highly abstract. They reflect my travels and interest in tribal art and children’s art. Old-fashioned emotional involvement is still my main priority in painting.” – Alden Mason

Alden Mason (1919-2013) has worked with a variety of media, moving from oil to acrylic and then into watercolor and oil stick. His images have followed a trajectory from abstract to figurative and back again. He has cited artists such as Arshile Gorky (circa 1902-1948) and Willem de Koonig (1904-1997) as influences. In the early 1970s Mason began his Burpee series, paintings based on his fond recollections of the Burpee seed catalog from his childhood. The brilliant coloring and expansive scale of these paintings redirected Northwest art away from the subtle, muted palette traditionally associated with the region since the early 1950s to large-scale, brilliantly colored abstractions in tune with the contemporary issues explored by color-field painters.

Alden Mason is proof that an artist’s style is never static. Although he is now known mostly for his “squeeze bottle paintings,” Mason was first recognized for his award-winning watercolor landscapes. After a few years he forged new paths and found his own style. In the 1970’s, he began to receive increasing praise and recognition, especially for his “Burpee Garden” series.

Art critic, Regina Hackett, favorably compared the “Burpee Garden” paintings to the works of Helen Frankenthaler, and ranked them among the strongest contributions of second-generation Abstract Expressionism.

Mason was forced to stop using oil paints due to the blinding headaches brought on by their fumes. It was at this time that Mason began using his squeeze bottles of acrylic paints. He says he likes working with squeeze bottles because it’s like the paint is an extension of his arm and they enable him to create long, fluid lines without having to stop due to a dried-up brush. 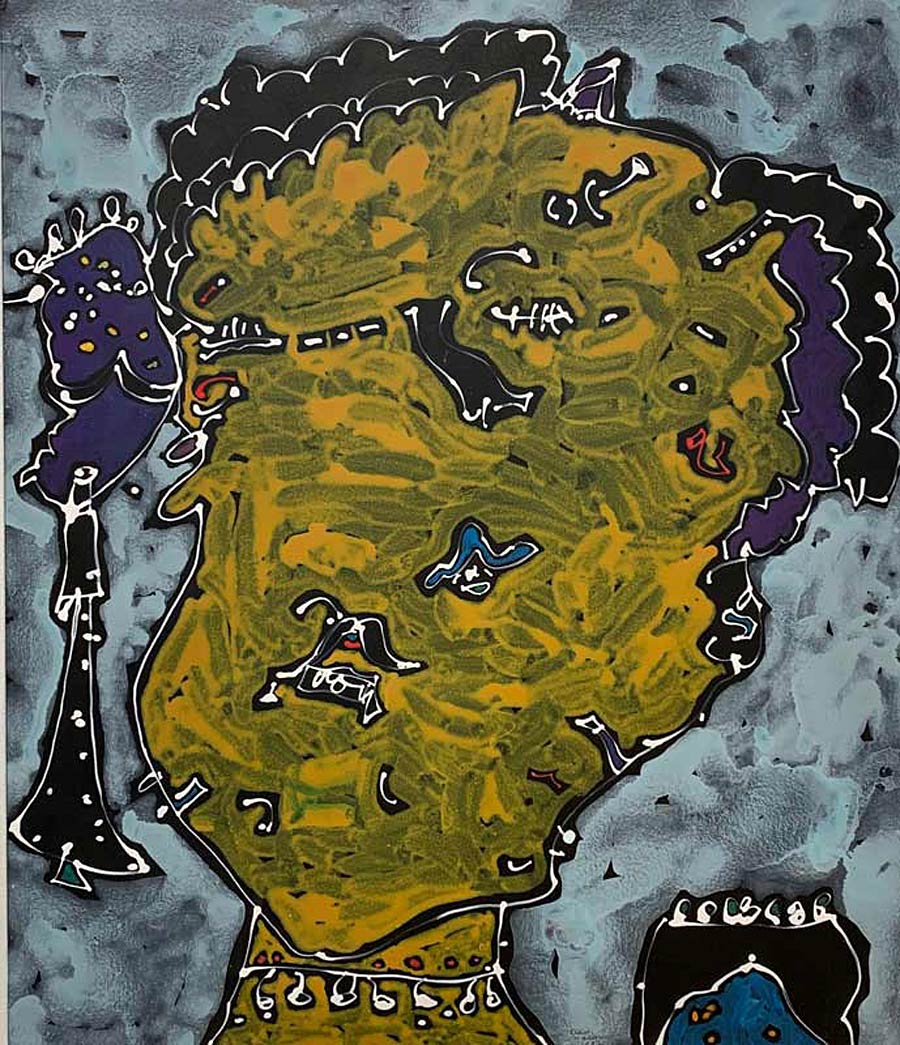 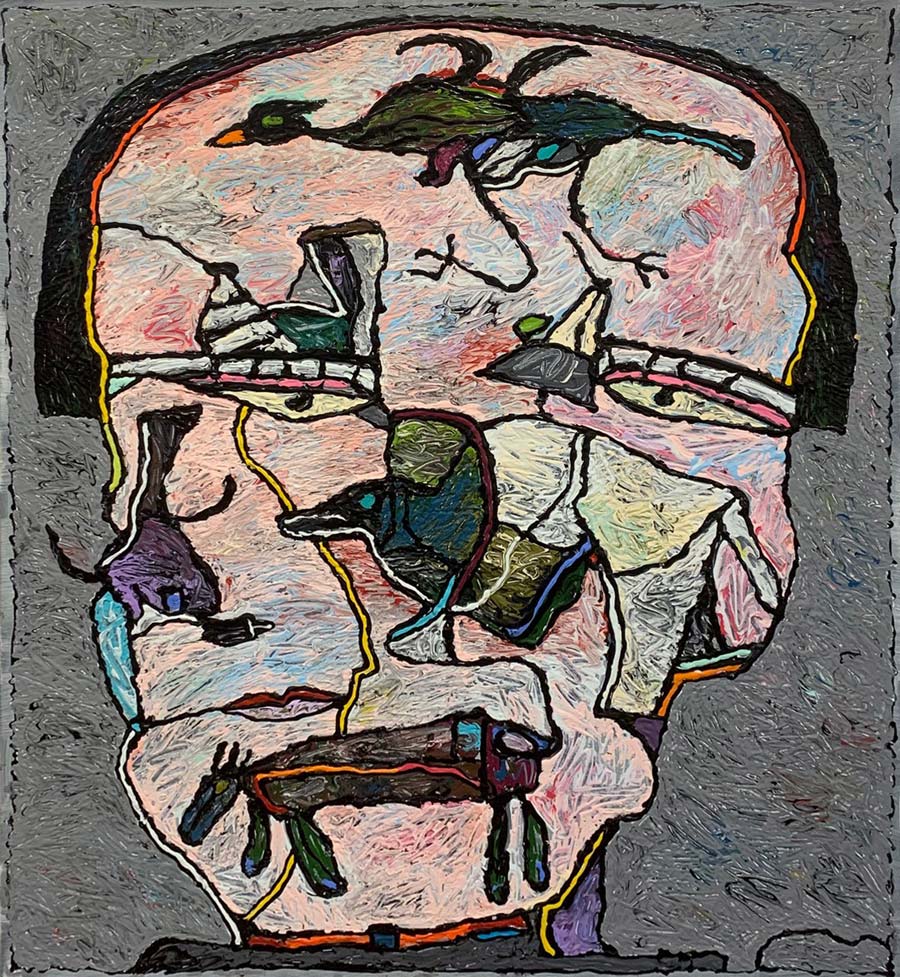 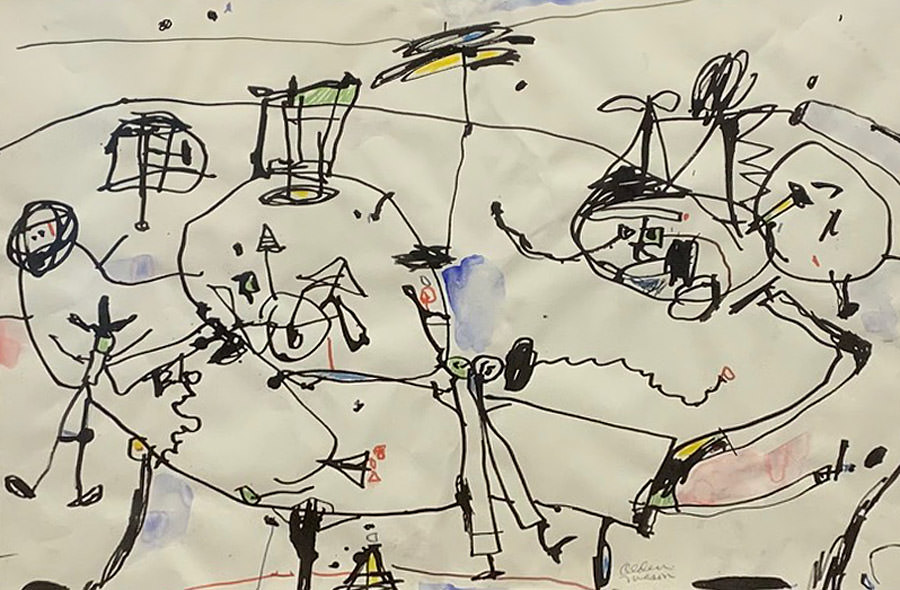 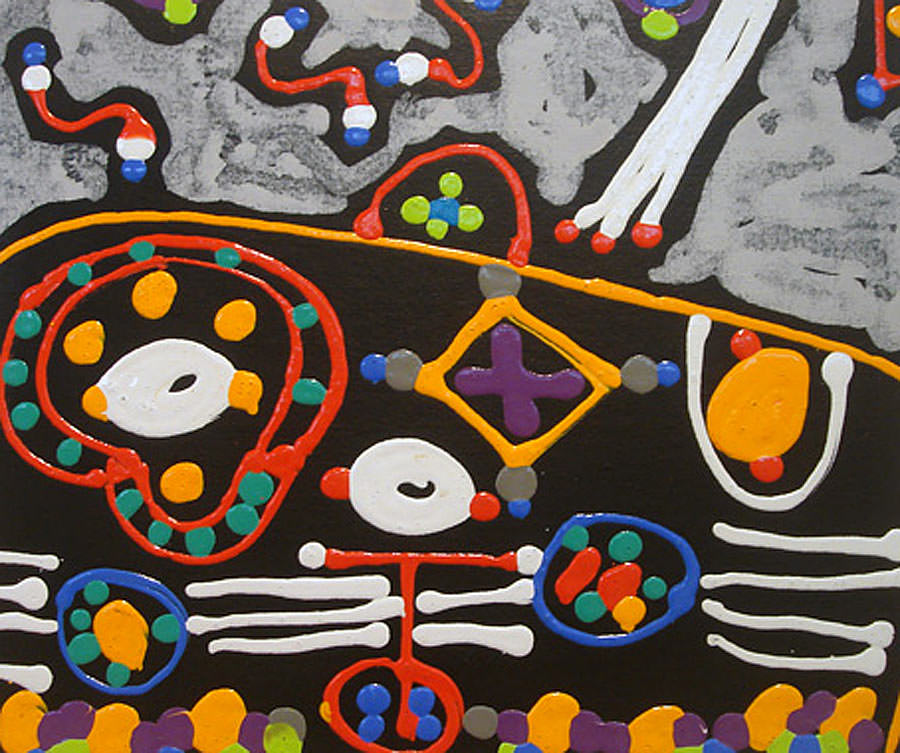 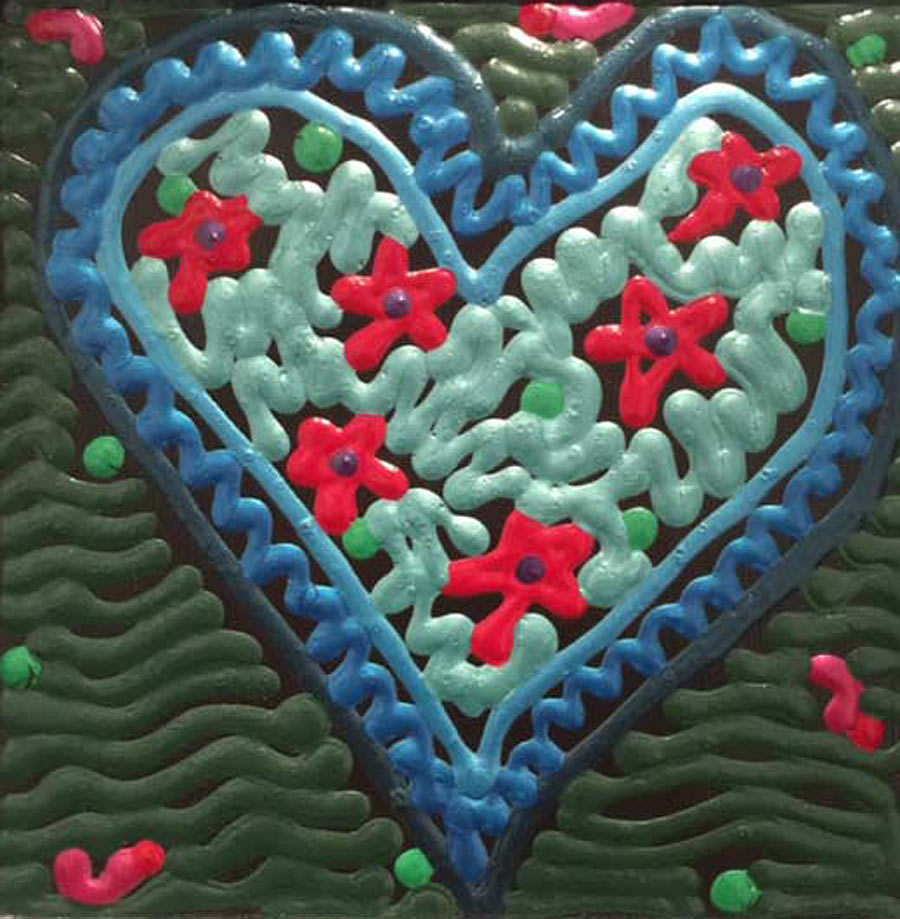 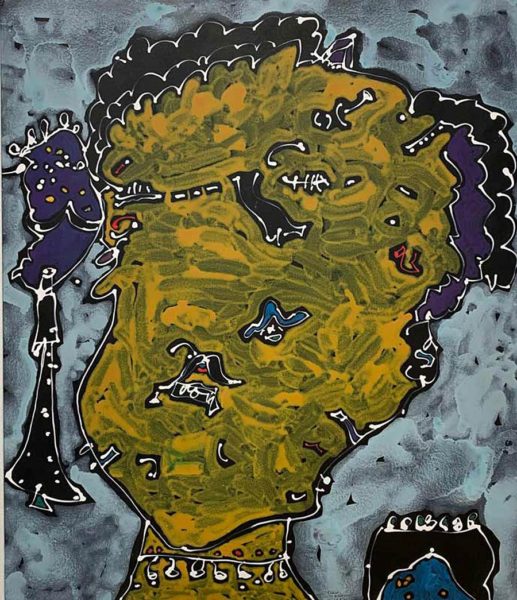 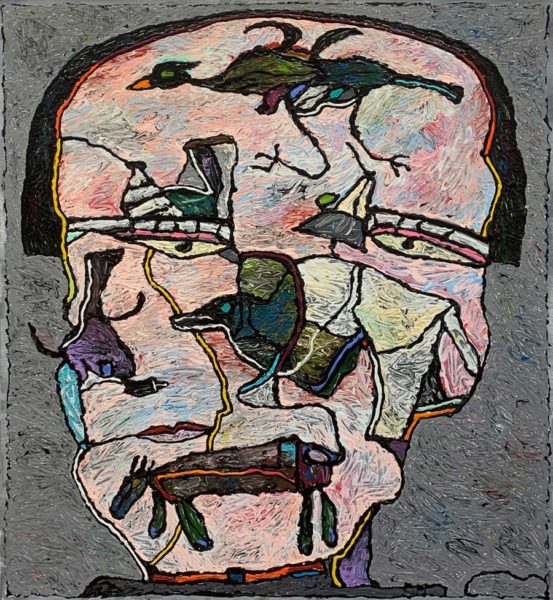 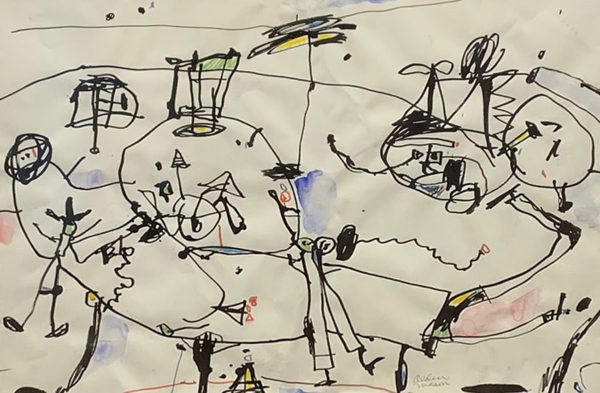 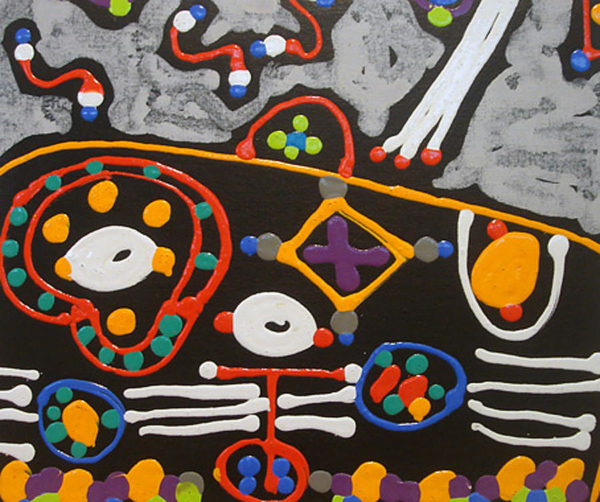 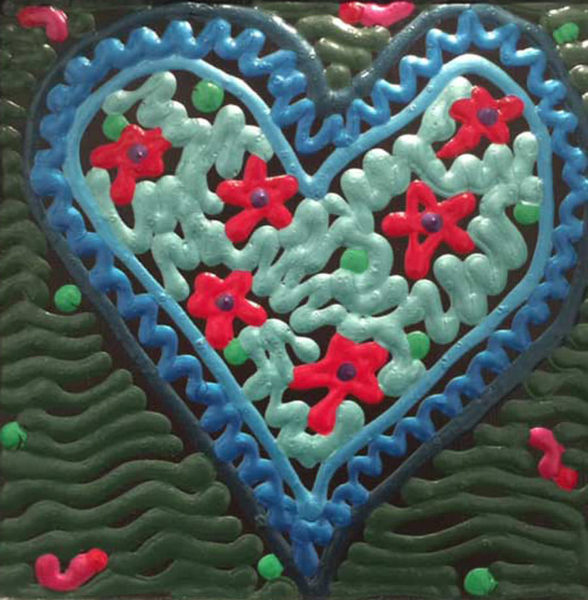