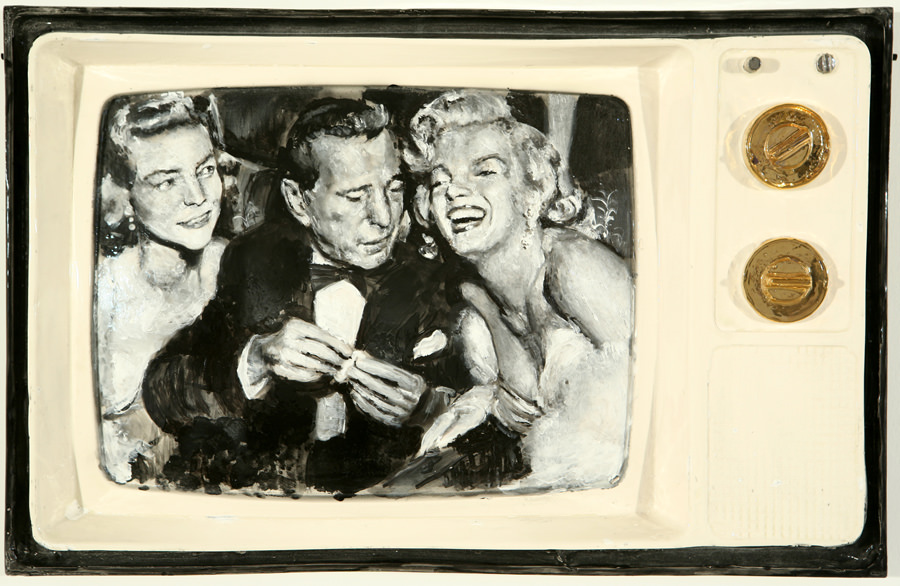 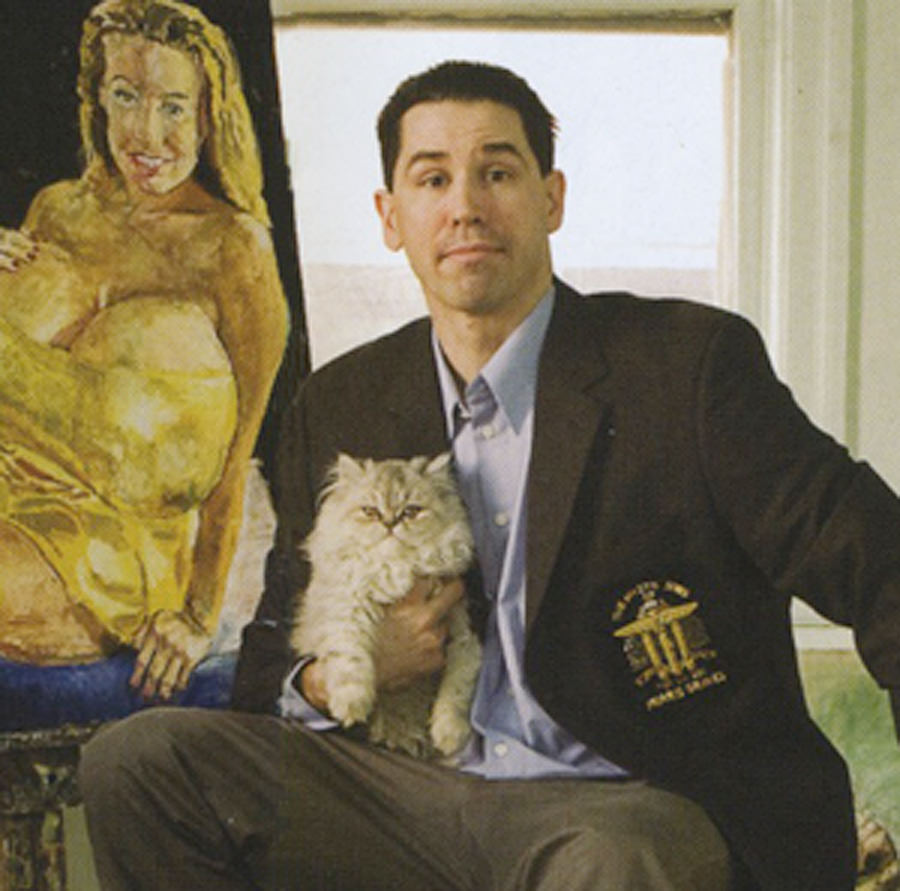 Jesse’s beginnings in art started with graffiti, which he began practicing as a youth growing up in Snohomish, WA. He has since traveled from Seattle to the East Coast and Spain, leaving his mark along the way.

Jesse graduated from Snohomish High School, after which he spent one year studying the art of the Old Masters in Seattle’s public libraries. In 1999, he was accepted into Cornish College of the Arts on a Nellie Scholarship. Cornish later threw him out of school for verbally abusing a professor. About being kicked out of Cornish, Edwards said, “I knew they wouldn’t like what I had to say, but I figured I would go out with a bang.”

Edwards went on to study at the Gage Academy (then called the Seattle Academy of Realist Art), where he was offered a second chance in the form of another scholarship. Edwards stayed for four years.  Edwards’ outwardly thuggish persona and high-profile antics are well-known attributes of his public image. In 2009, Edwards was considered for the BRAVO reality art TV show, Work of Art: The Next Great Artist.

A prolific painter, Edwards uniformly composes his works using oils on stretched linen and employs techniques such as underpainting and extensive glazing to emulate the style of the old masters. His stylistic landscapes show influence from the Impressionist painters, especially Claude Monet.

Edwards’ figurative work typically uses juxtaposition between style and subject matter and has been criticized for featuring pornography, illicit paraphernalia, and other controversial subjects.[5] He has cited contemporary painter John Currin as a major influence, whose work features similarly inflammatory themes.

Jesse’s ceramic art has since earned him gallery representation, critical acclaim, and attention from the New York Times, among others.

Jesse Edwards moved to New York City in 2011. He worked for the realist painter Chuck Close shortly and has done numerous exhibitions in galleries primarily downtown such as The Hole Gallery and Vito Schnabel Projects. He maintained a studio in the basement of The Hole Gallery on The Bowery from 2011-2013. Following that Vito Schnabel procured him a studio from April 2013 – November 2017 in downtown. He had a showing of 10 ceramic cell phones at the Museum of Sex in 2012-14.