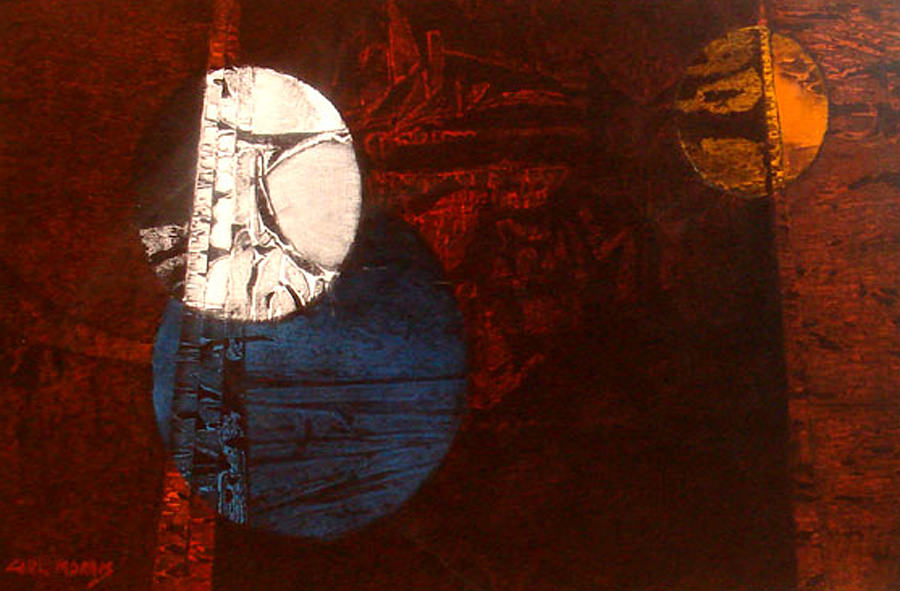 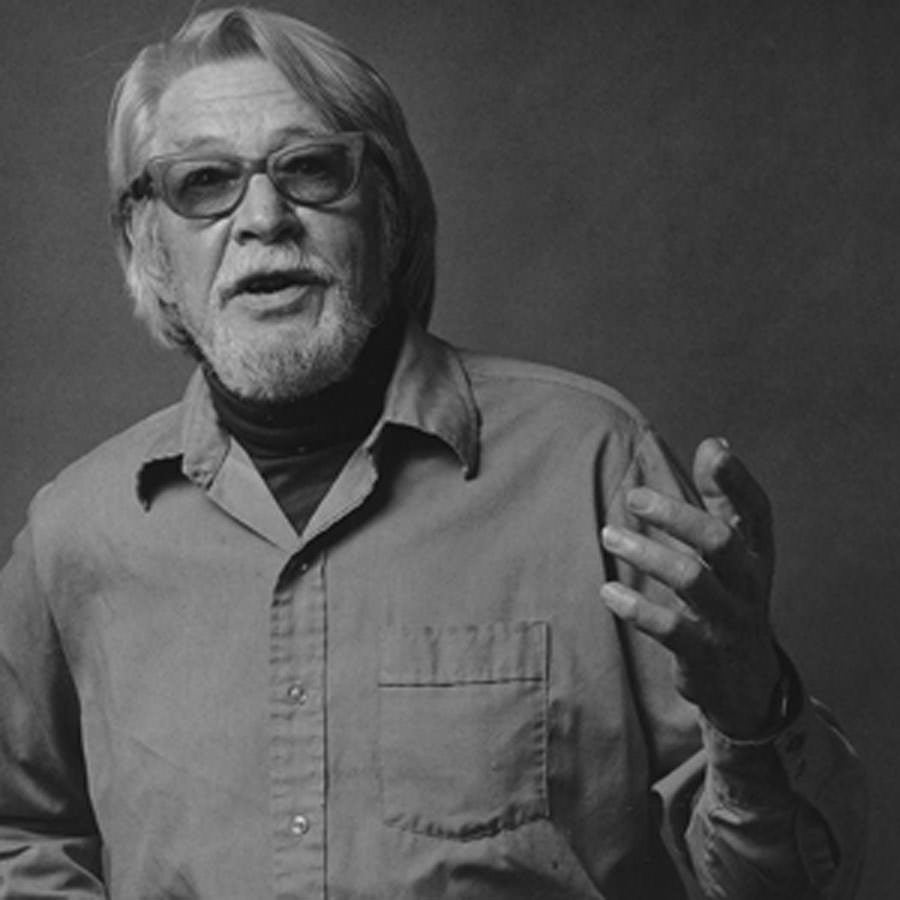 Over the course of his career, Carl Morris moved from figurative work to full abstraction. His darkly painted realist works gradually gave way to moody abstract paintings informed by nature and poetry and, later, the Northwest’s geology.

“Carl A. Morris (1911–1993) was born in Yorba Linda, California and he studied at the Chicago Art Institute and in Parisand Vienna. He opened the Spokane Art Center through the Federal Art Project during the Great Depression. He met his wife, sculptor Hilda Grossman(Deutsch) when he recruited her as a teacher for the center. Other notable teachers at the center include Guy Anderson and Clyfford Still.

Moving to Seattle in 1940, they met Mark Tobey and became lifelong friends. In 1941, he was commissioned to paint murals for the Eugene, Oregon post office. They settled in Portland, Oregon and established important and influential artistic careers. They often visited New York to see friends such as Mark Rothko, Robert Motherwell, Joseph Campbell and Lionel Trilling but declined to relocate, wanting to avoid what they saw as a climate of commercialism and artistic distraction.

Morris is known today for his strong Abstract Impressionist paintings, and has been called one of Oregon’s most important artists.  His work can be seen in collections throughout the U.S., including those of the Portland Art Museum, the Tacoma Art Museum, the Jordan Schnitzer Museum of Art, Reed College, the Boise Art Museum, and the San Francisco Museum of Modern Art.”