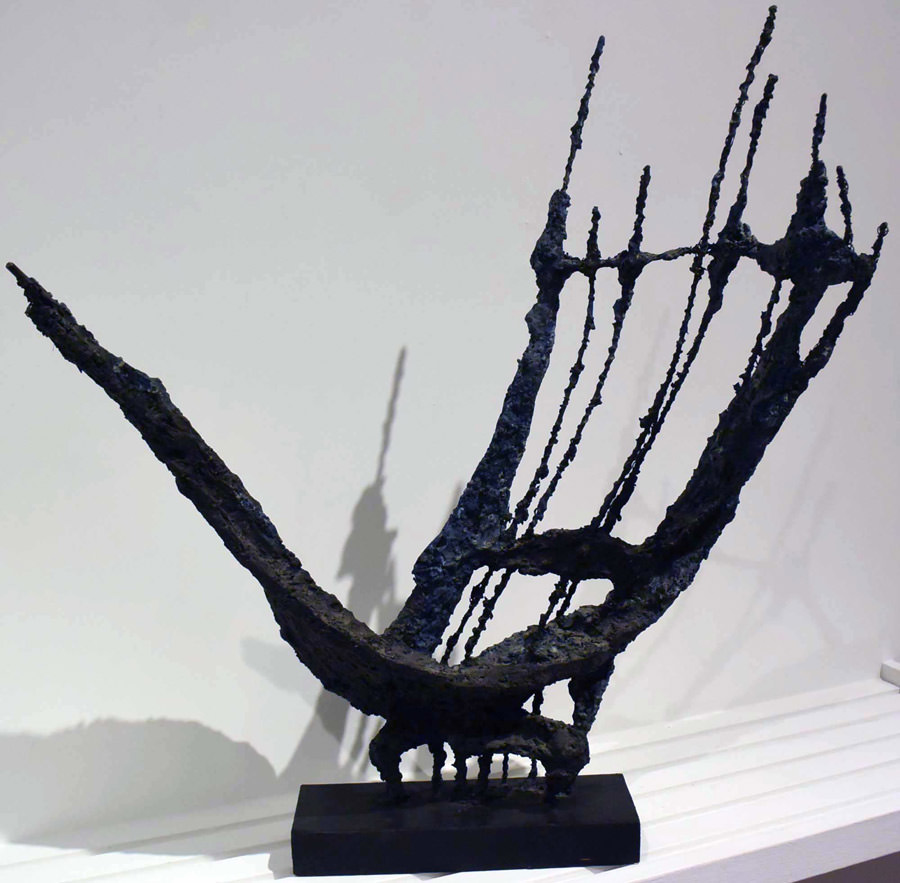 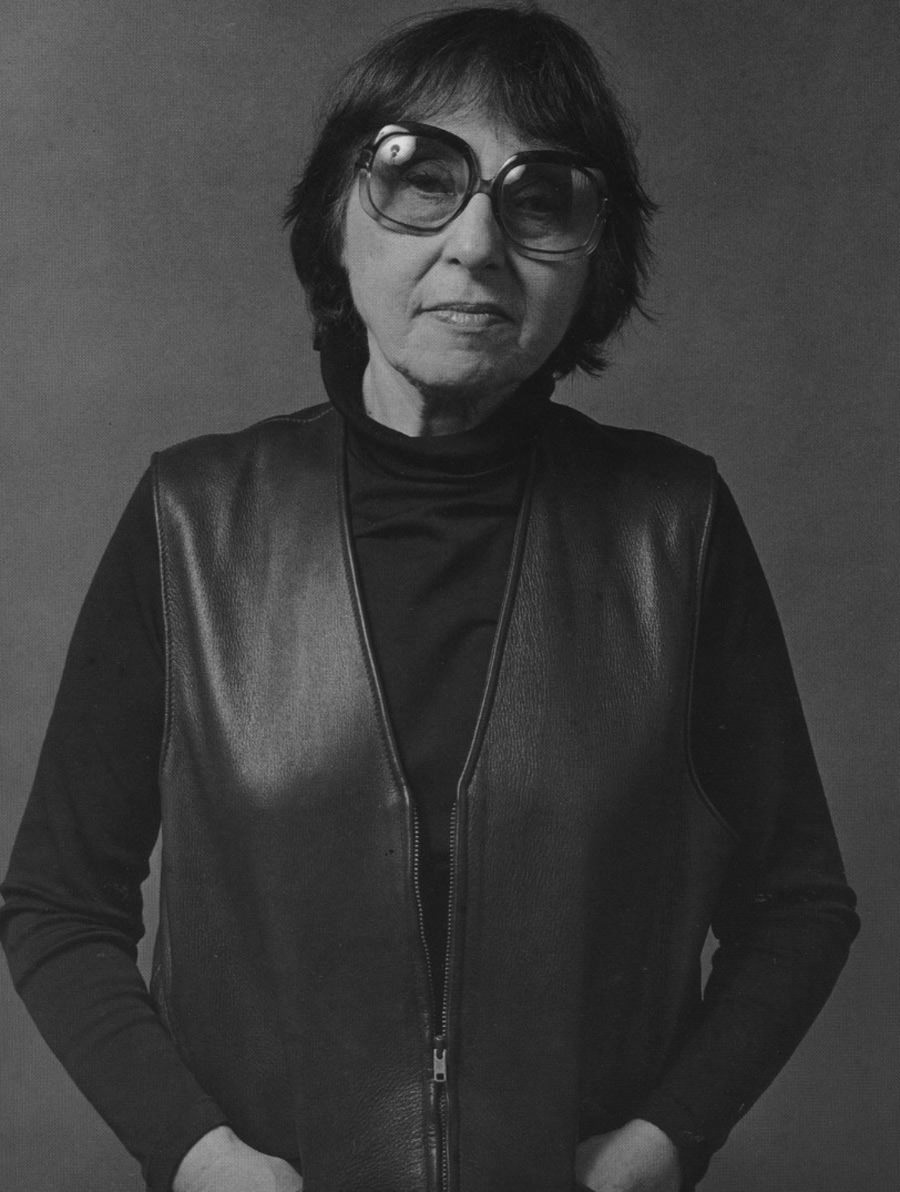 Born in New York, Hilda Grossman studied art at Cooper Union, marrying Carl Morris in 1940. Except for a short time in Seattle, she and her husband spent most of their life in Portland.

Although she is known primarily for her cast bronze sculptures, after 1958 she frequently worked on paper with traditional sumi techniques.

She liked to use sumi painting as a break from sculpture, saying, “After a long seige of heavy sculpture, the most beautiful thing in the world is to get out my brushes and do something that goes quickly”

Throughout her distinguished career, Hilda Morris focused on universal themes of human existence and mythology. Best known for monumental bronze sculptures, she also created paintings that evoked the same emotions and energies through abstracted but highly expressive forms. For both her sculptures and paintings, Morris sought inspiration from the aesthetic and formal characteristics of Asian calligraphy.