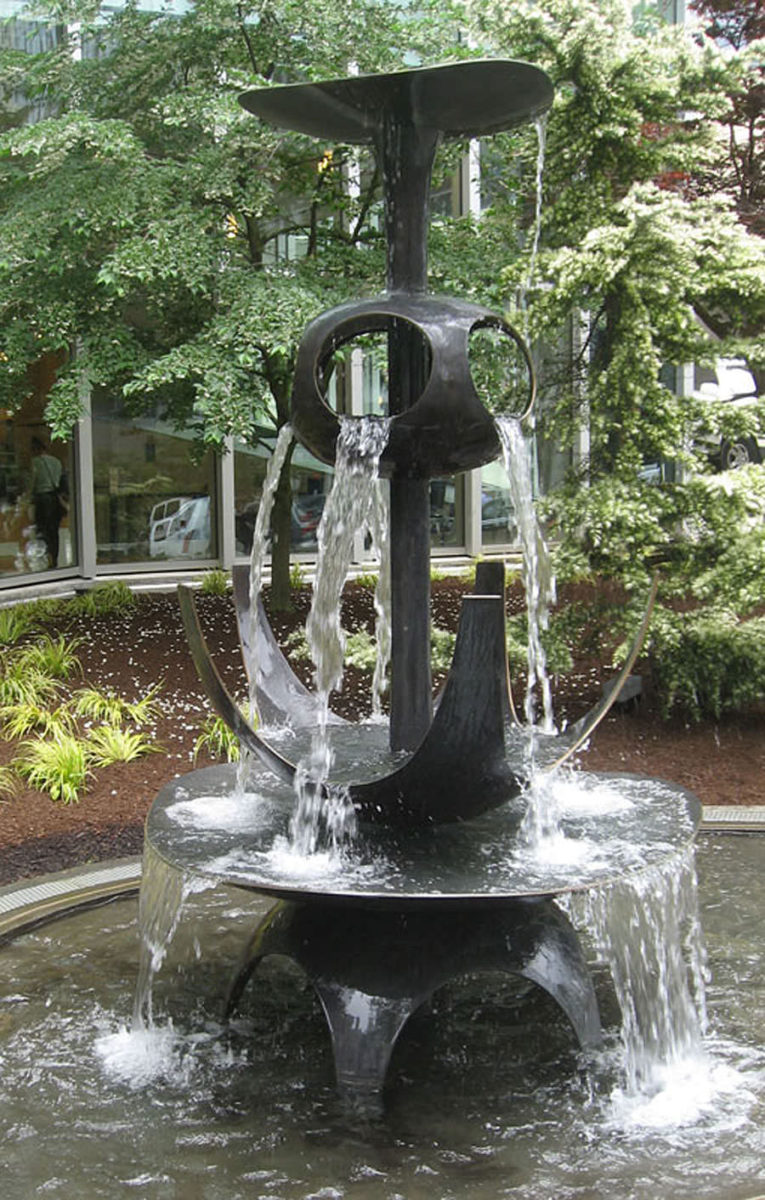 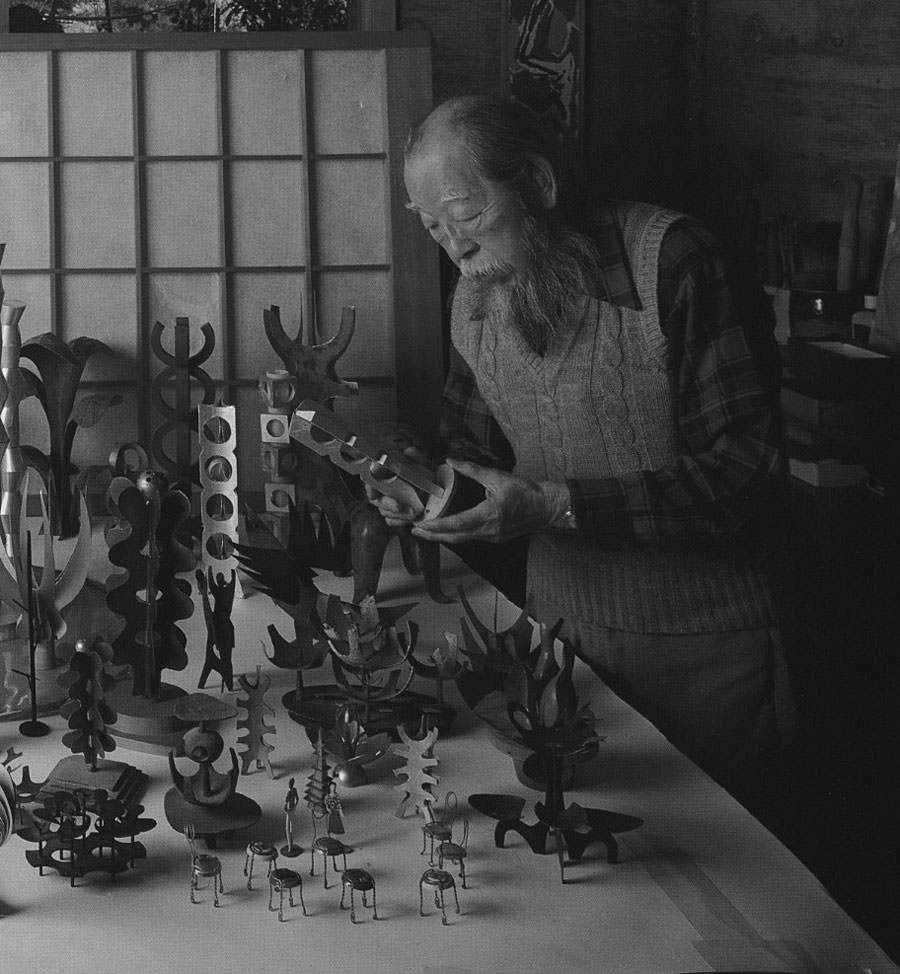 “For me, 1960 or thereabouts was a time to take another look at the philosophy and art of the Orient, particularly Japanese art that I had become familiar with in my youth.

Through my travels and my studies of traditional Japanese Arts, I was able to reaffirm my conviction in the Oriental view of nature which sees man as one part of nature, a part that must live in harmony with the rest of nature.”

From 1960 on, I attempted to express this relationship between man and nature in my works. My sumi drawings are a direct response to nature; my fountain sculptures are an attempt to unify water, the life force of the universe that flows in an elusive cyclical course throughout eternity, with an immutable metal sculpture.” – George Tsutakawa

George Tsutakawa (1910 -1997) was born in Seattle and spent his teenage years living in Japan. In 1932 he studied as an art major at the University of Washington with sculptors Dudley Pratt and Alexander Archipenko.

George Tsutakawa’s works blend Eastern and Western cultural influences in both design and subject, though he hoped to ultimately transcend specific cultural references. Both organic and abstract, his works suggest living forms. With many of his smaller sculptures, the composition centers around an open space and evokes both figurative and totemic shapes.

“His professional art career spanned 60 years. At first, he used oil paints to explore abstract expressionist themes. Later, at the urging of his friend, the internationally recognized artist Mark Tobey, he began to explore his cultural roots and used sumi paint to depict natural scenes and sea life. After experimenting in wood and metal sculpture, Tsutakawa became known for his more than 70 major bronze fountain sculptures set in public spaces in the U.S., Japan, and Canada.

Tsutakawa’s career was recognized with two honorary doctorate degrees, from Whitman College and from Seattle University. He also received achievement awards from the Emperor of Japan and from the National Japanese American Citizen’s League.” – Mayumi Tsutakawa

As a sculptor and painter, George Tsutakawa is best known for sixty some public fountains he created that have been installed in North America and Japan including “Fountain of Wisdom” designed for the plaza of the main library in downtown Seattle in 1958. 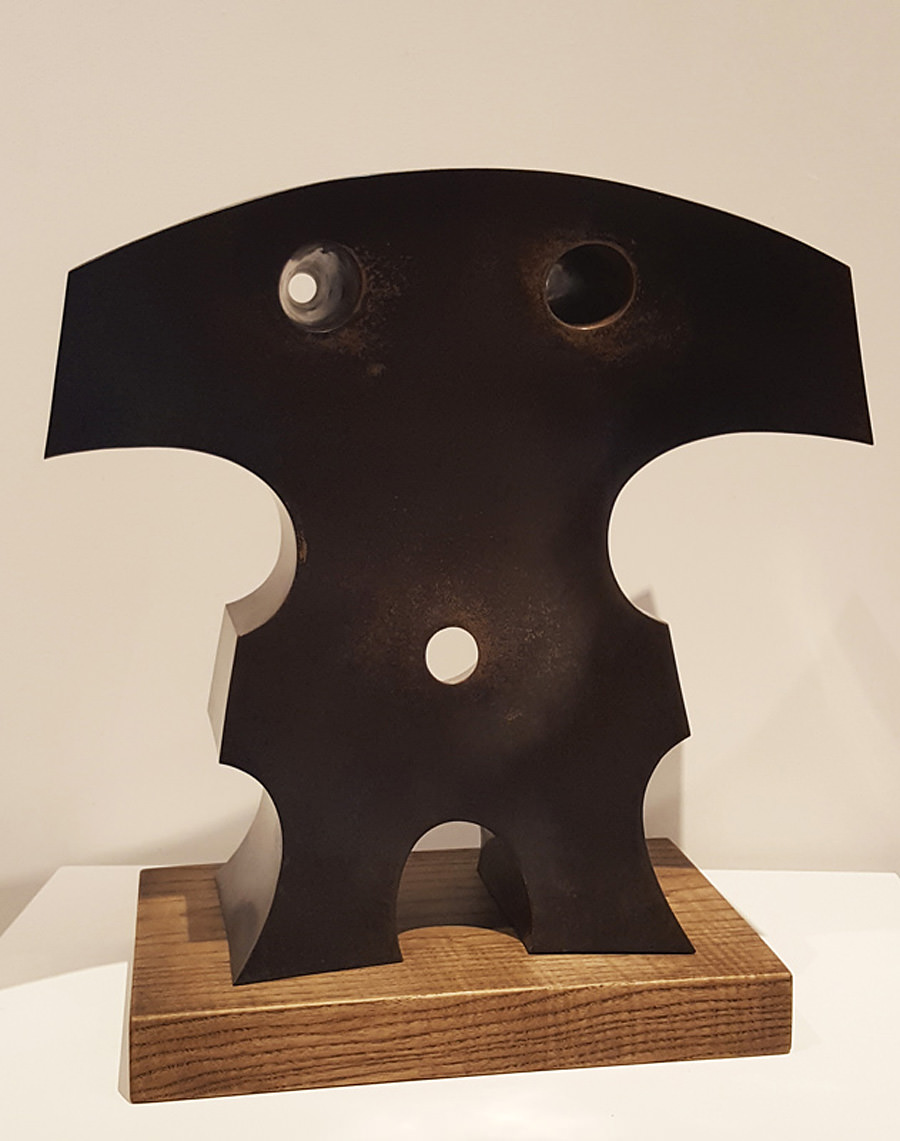 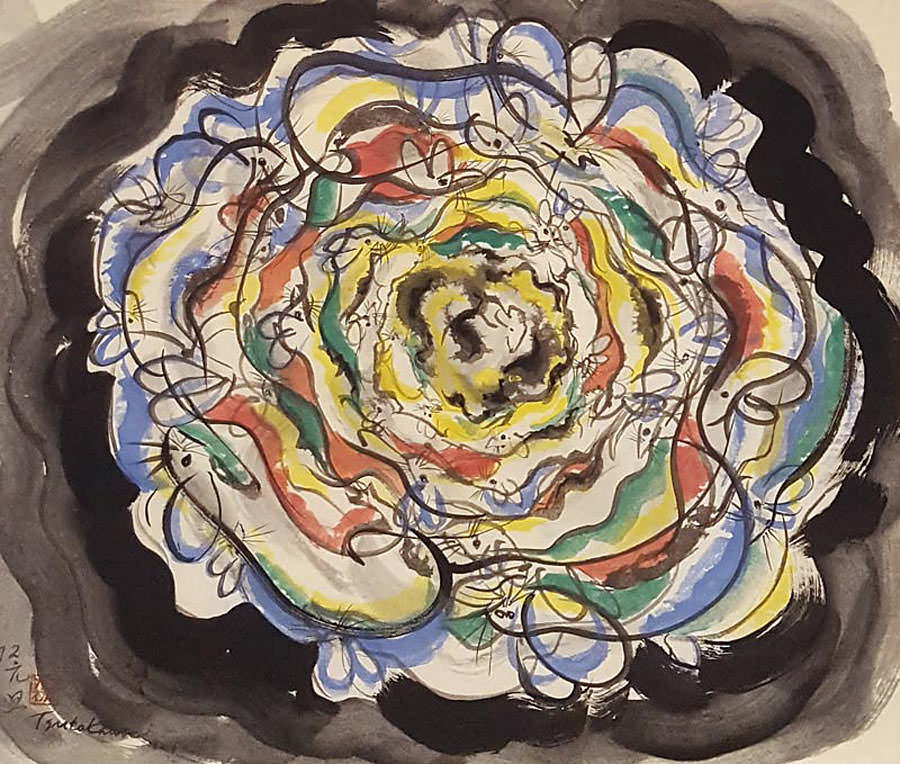 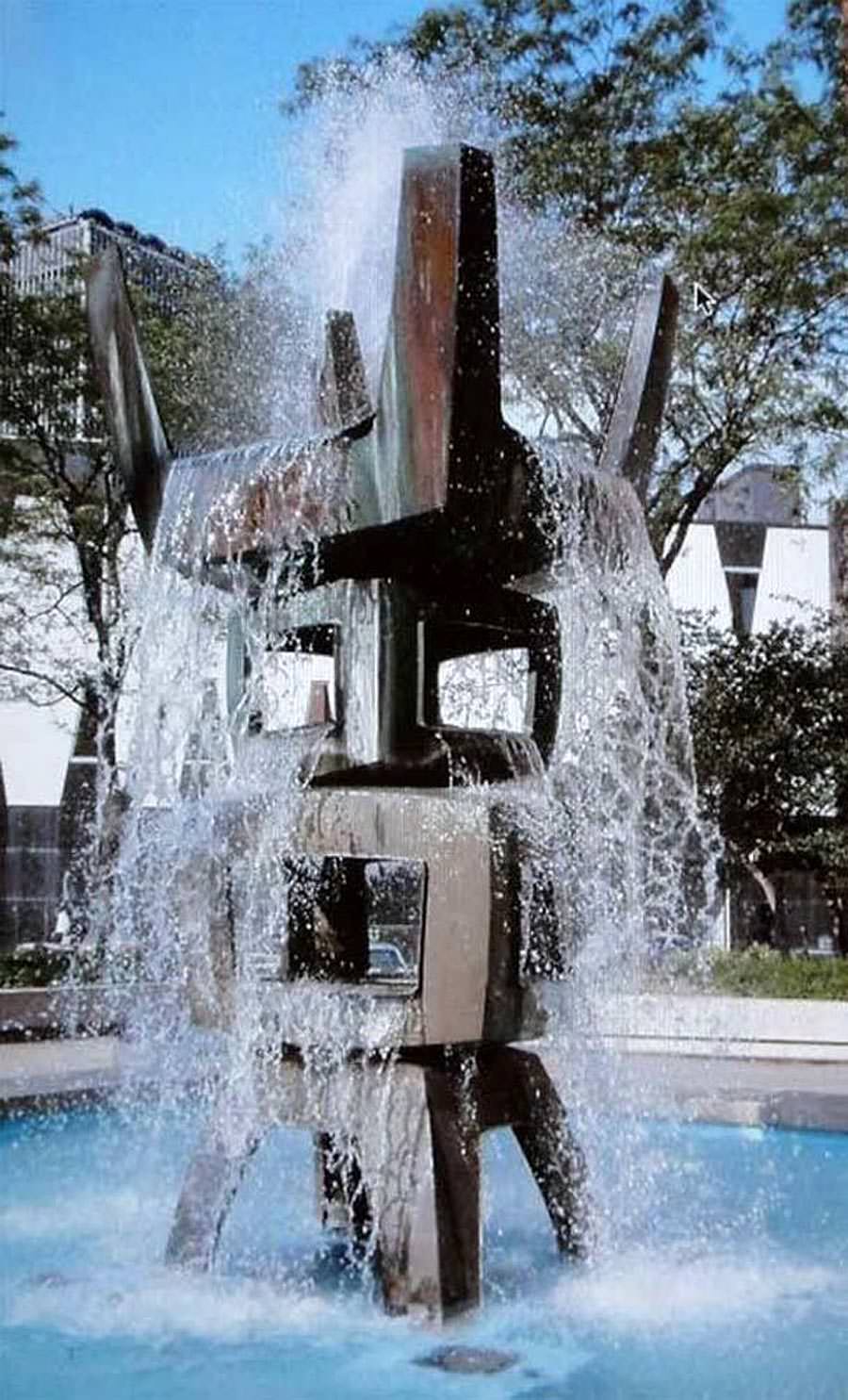 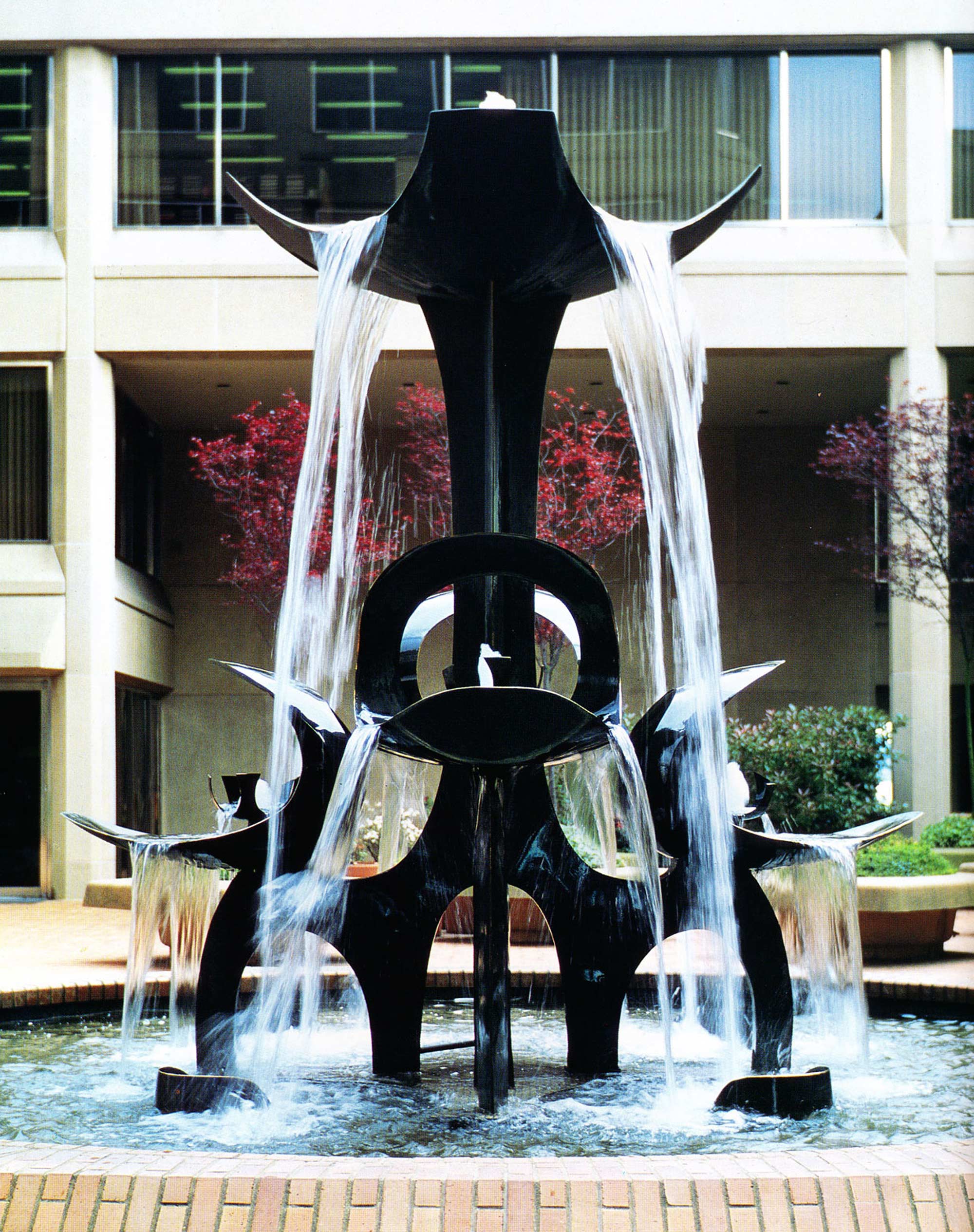 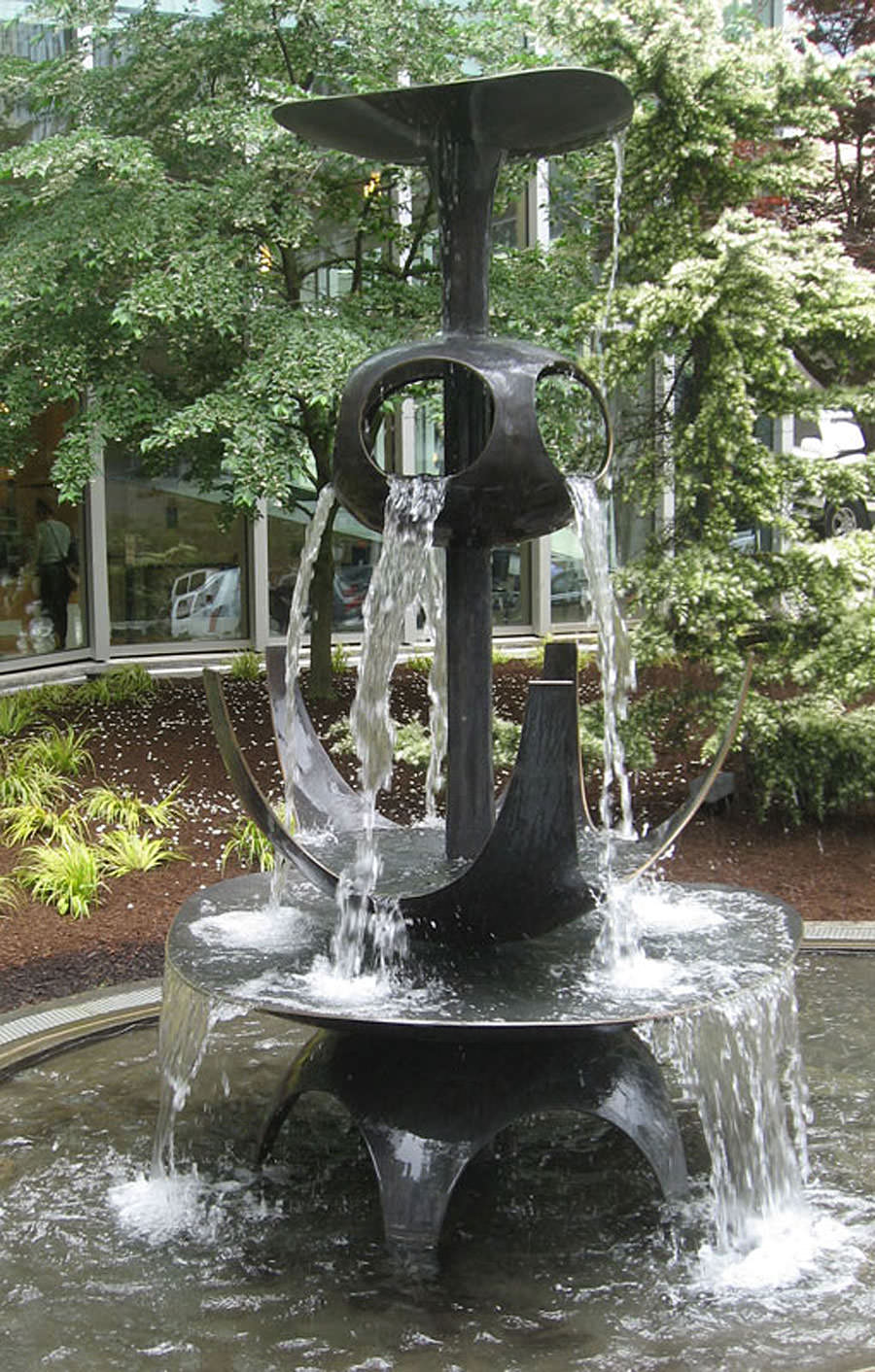 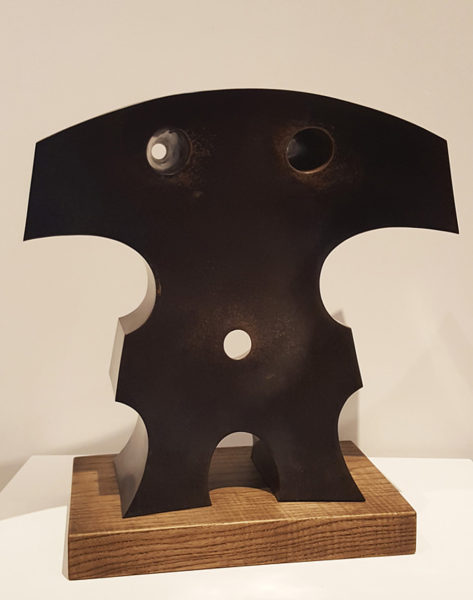 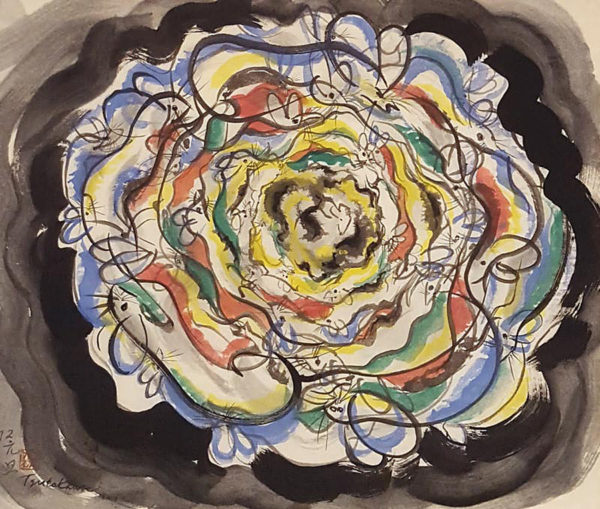 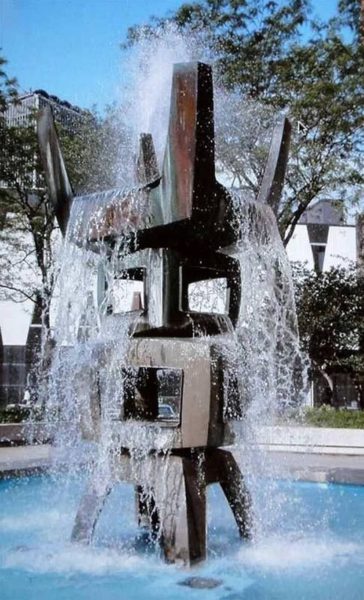 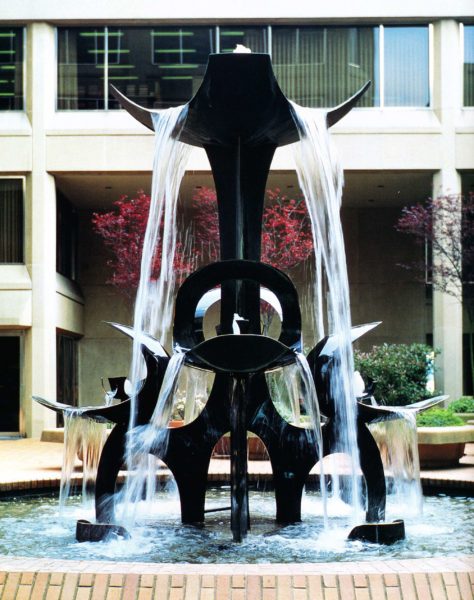 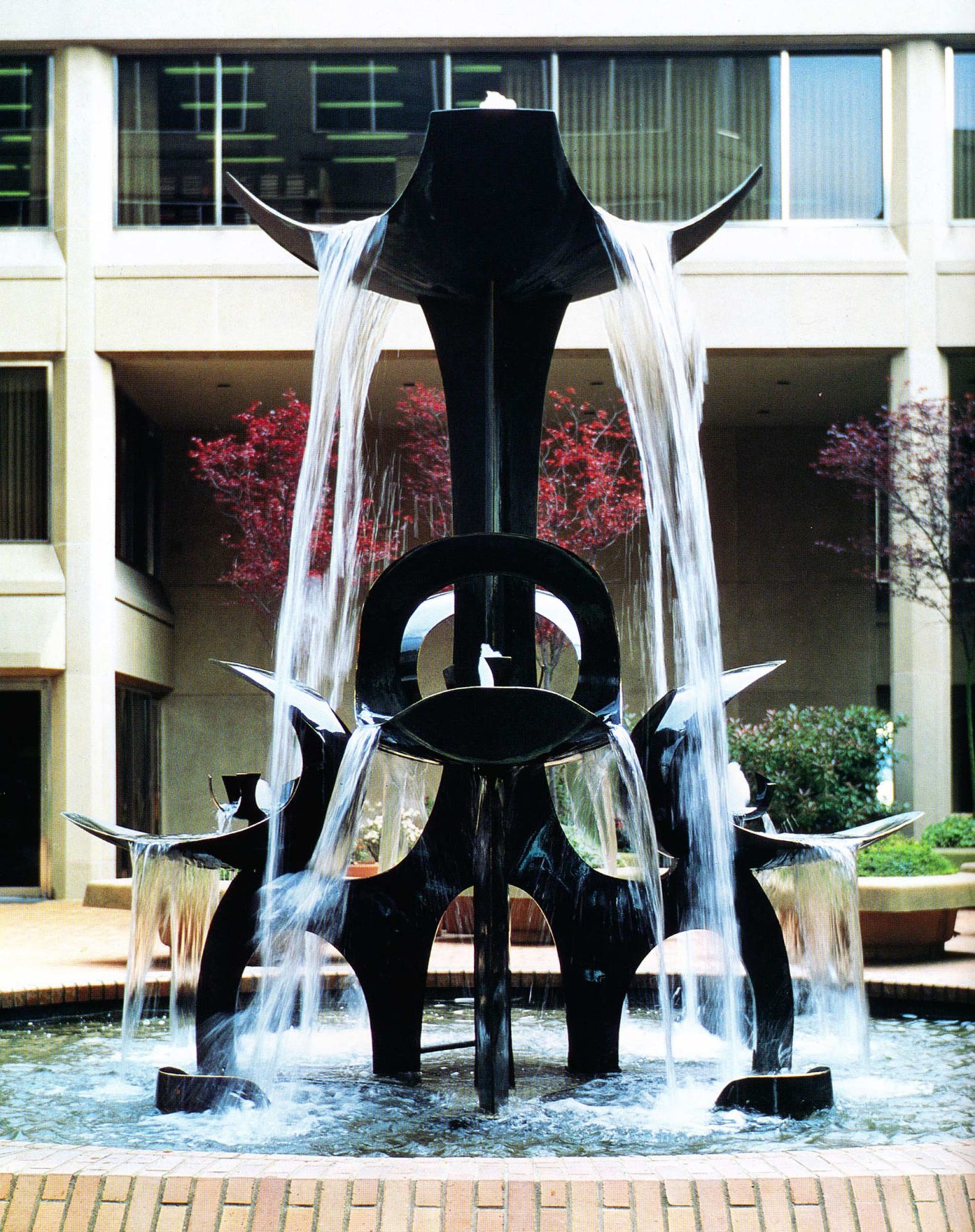 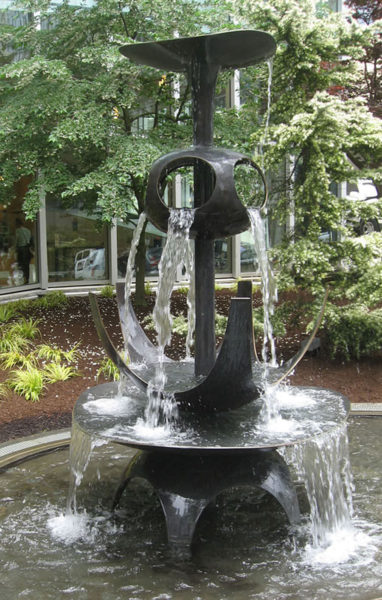