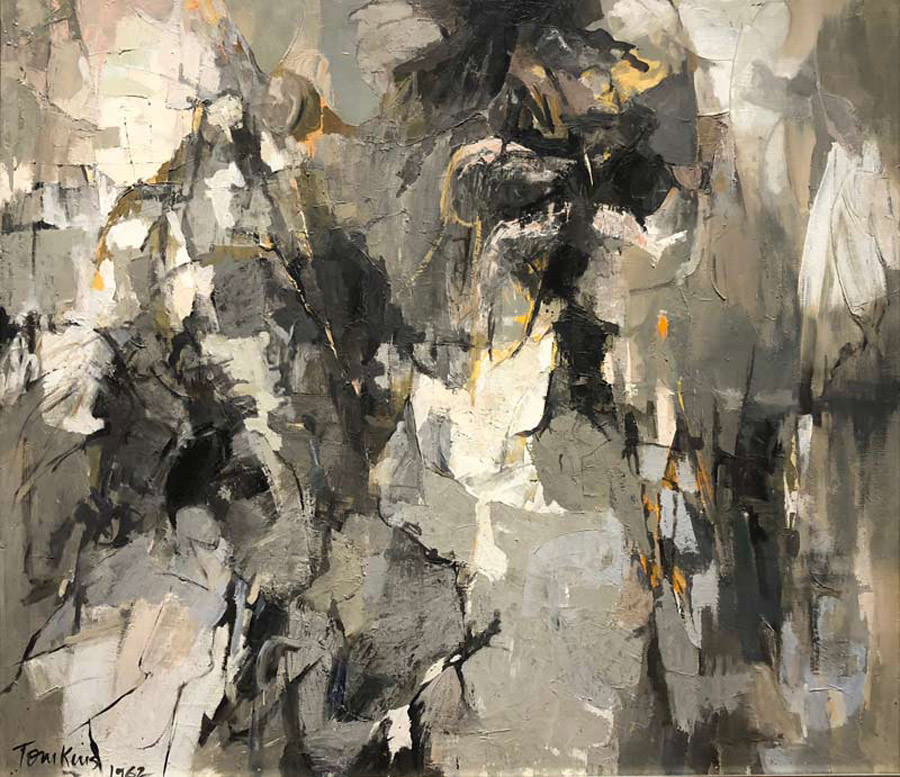 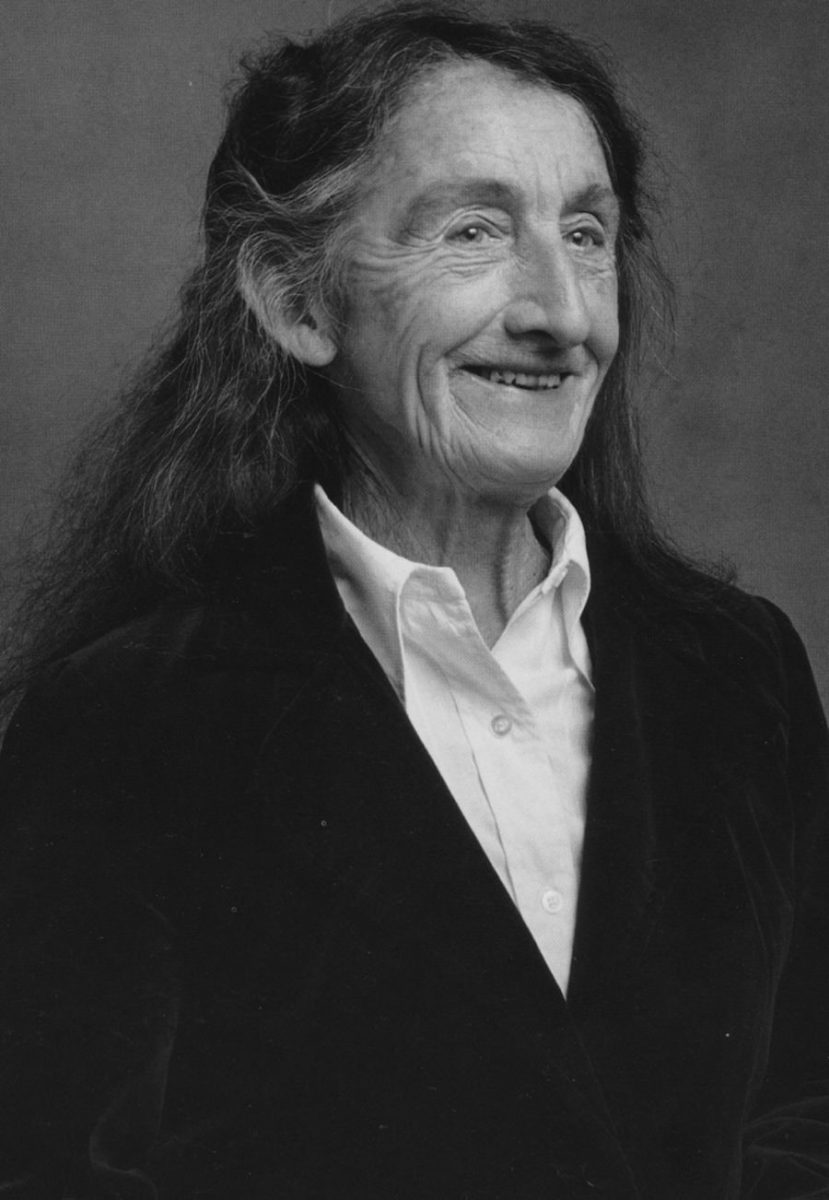 “Each Day the sun gets up and, then crashes into the sea. It creates a space for anything to be done. So, I do it – painting.” – Margaret Tomkins

Over her lifetime, Margaret Tomkins (1916-2002) remained an influential presence in the Pacific Northwest while earning and occupying an important role as a significant American Abstract painter.

Margaret Tomkins was an abstract painter whose work reflected her environment, social concerns of the time and her personal experiences both aboard and locally.

Throughout her career she was interested in layering and patterns, whether created by organic forms as in her earliest works or by the abstract shapes she worked with from the 1950s on.

Transformation and metamorphosis also were common themes, with forms shape-shifting across her canvases, twisting and intertwining with or obscuring each other. Tomkins primarily used a limited palette of grays, whites, and earth tones, with occasional flashes of red, blue, and yellow.

She developed an intricate symbolic language to express social and environmental concerns or reflect on personal experiences. 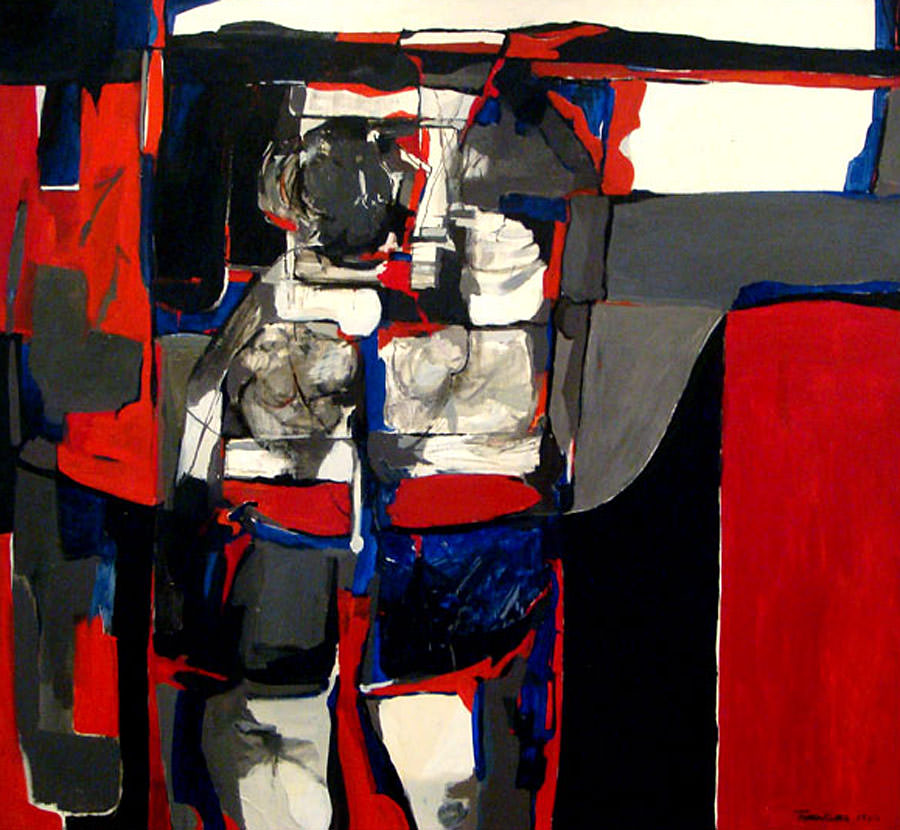 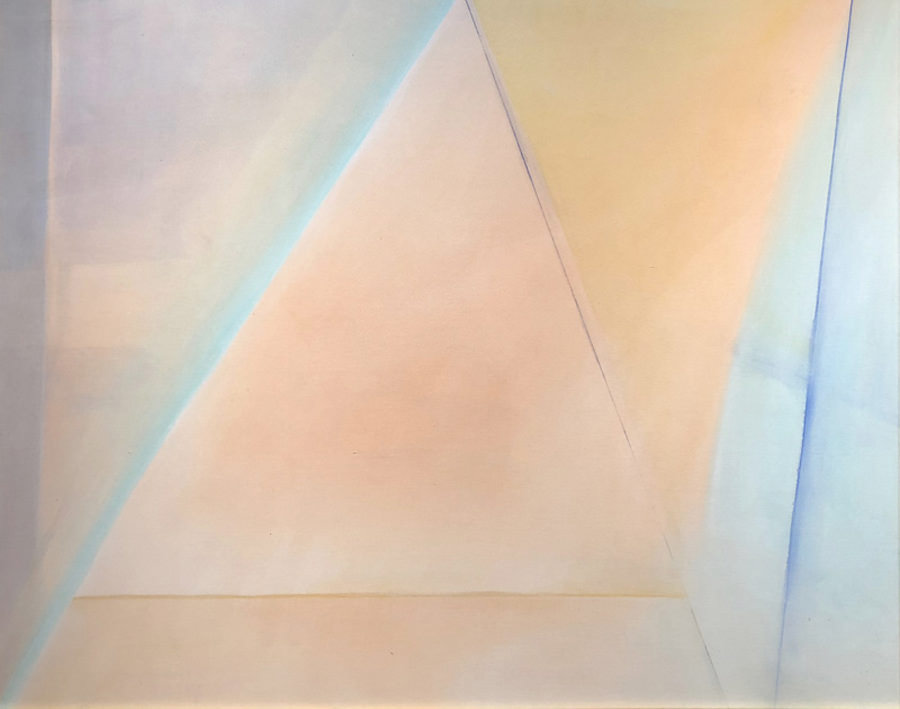 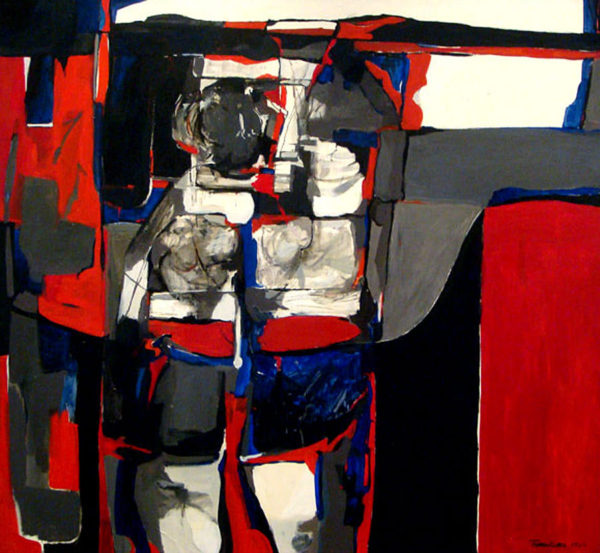 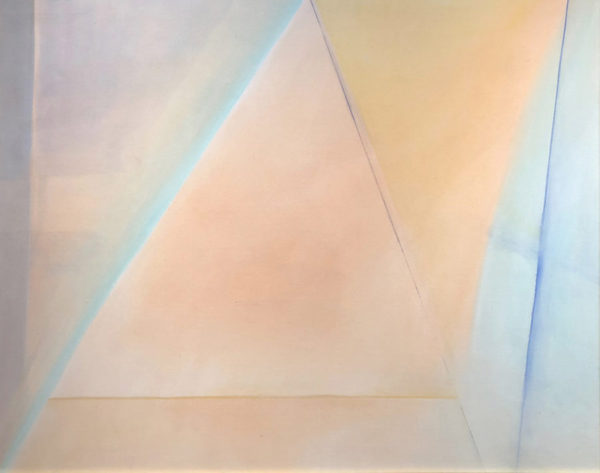 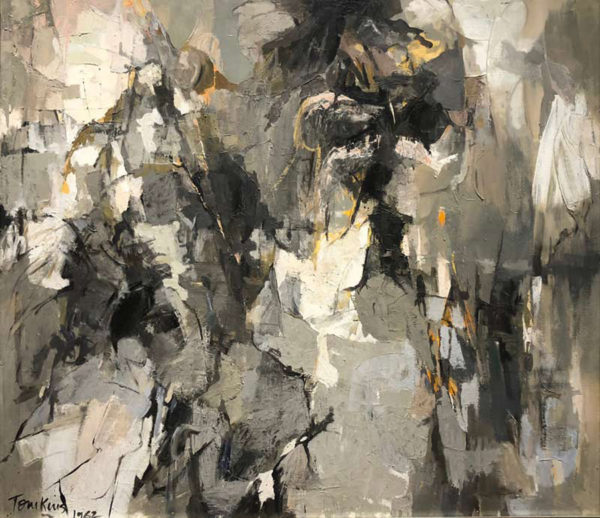