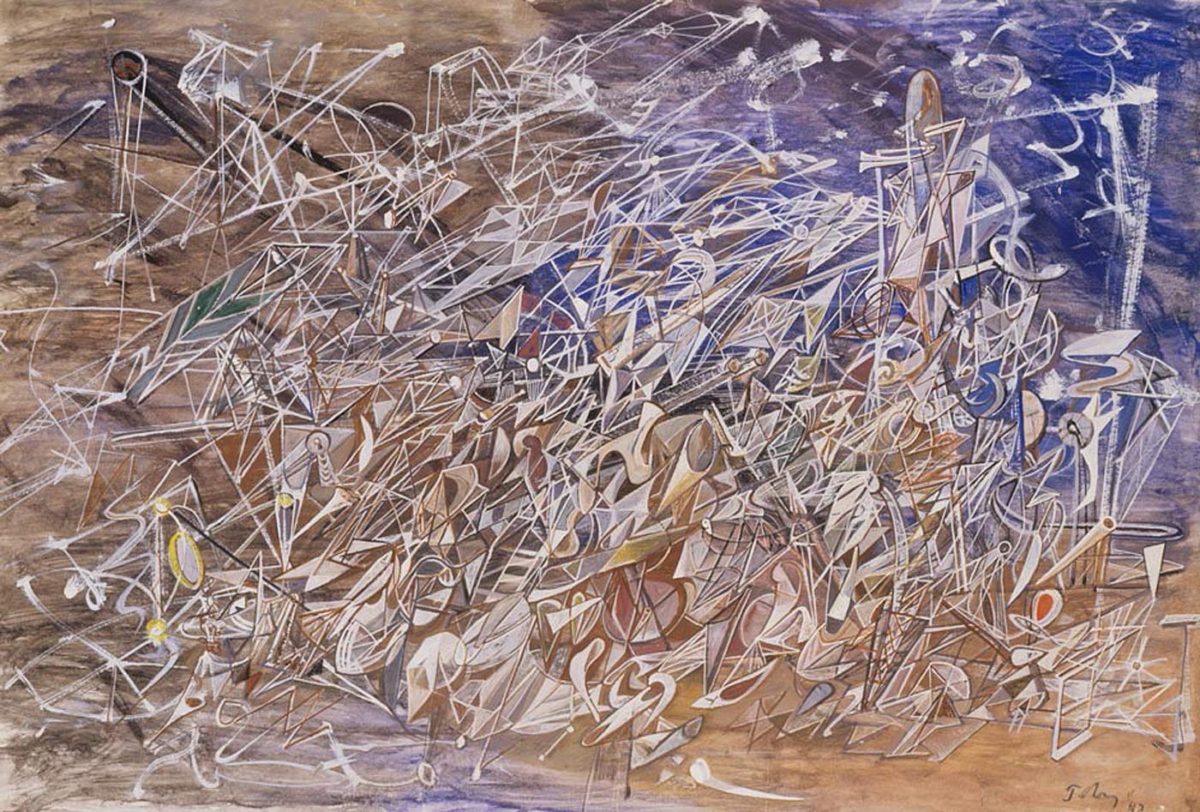 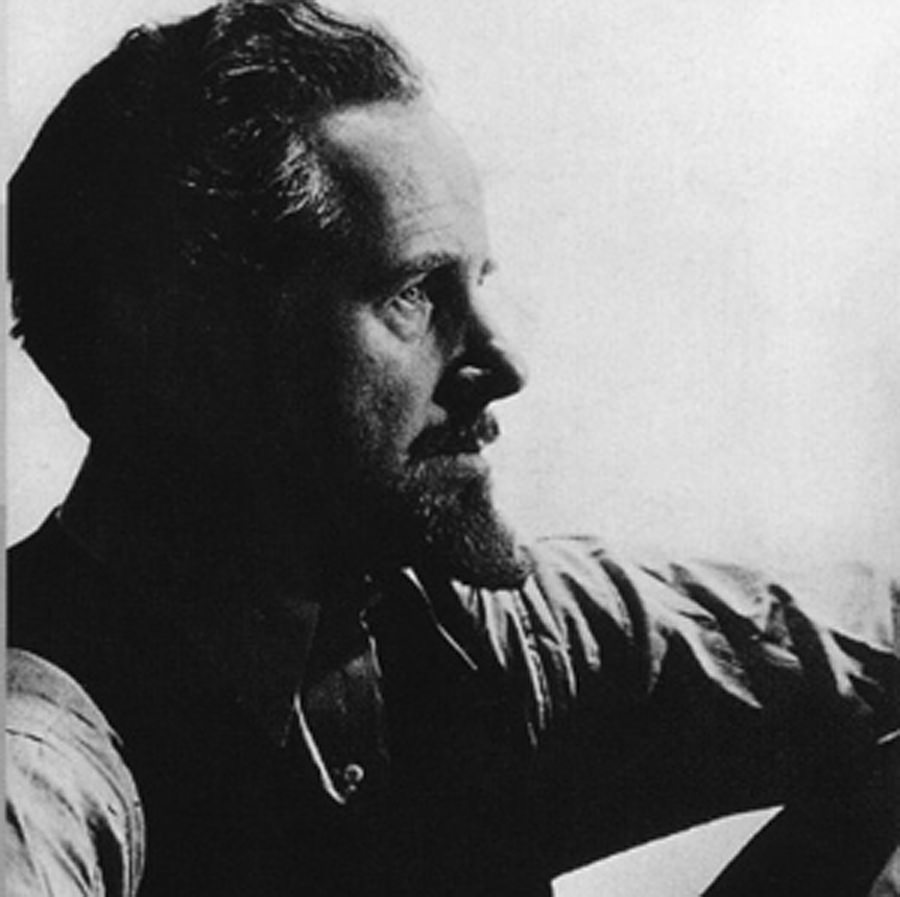 “To me an artist is one who….portrays the spirit of man in whatever condition that spirit may be. He can’t expect too much of him when the rest is negligent of spiritual values such as today….The development of my work has been I feel more subconscious than conscious. I do not work by intellectual deductions. My work is a kind of self-contained contemplation.” –Mark Tobey

“Mark Tobey (1890-1976) holds a unique and important position among the artists of the United States and Europe. As a young man Tobey was converted to the Baha’i World Faith, which deeply affected his view of the world. He was later influenced by Oriental thought and aesthetics….In 1958 he received the major prize for painting at the Biennale of Venice and in 1961, the first American to be so honored, he was accorded a comprehensive retrospectives exhibition in the Pavillon de Marsan of the Louvre in Paris.”  -William C. Seitz, Museum of Modern Art, NY.

Mark Tobey’s artistic interests were spiritual as well as formal. Inspired by the Bahai faith and Zen Buddhism, he created a unique visual vocabulary for expressing his conceptual framework. From his travels in Asia and the Middle East, Tobey became fascinated with calligraphy and Arabic script and created a style of painting he called “white writing”. These paintings, which included elements from the real world, are densely packed compositions in which details, rendered in white, swirl in and through ambiguous spaces.

Mark Tobey is represented in the permanent collections of most of the major art museums throughout the world and was honored with a retrospective at the Museo Nacional Centro de Arte Reina Sofia in Madrid, Spain. 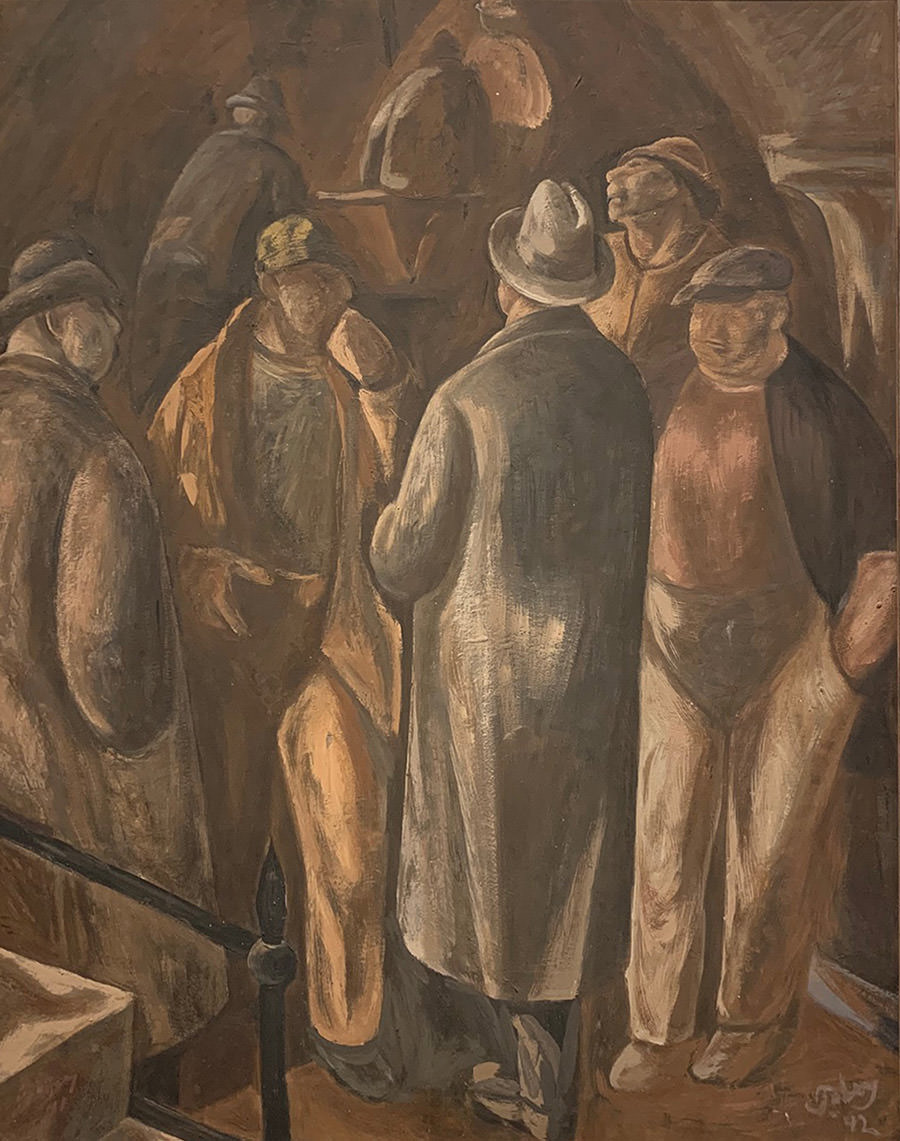 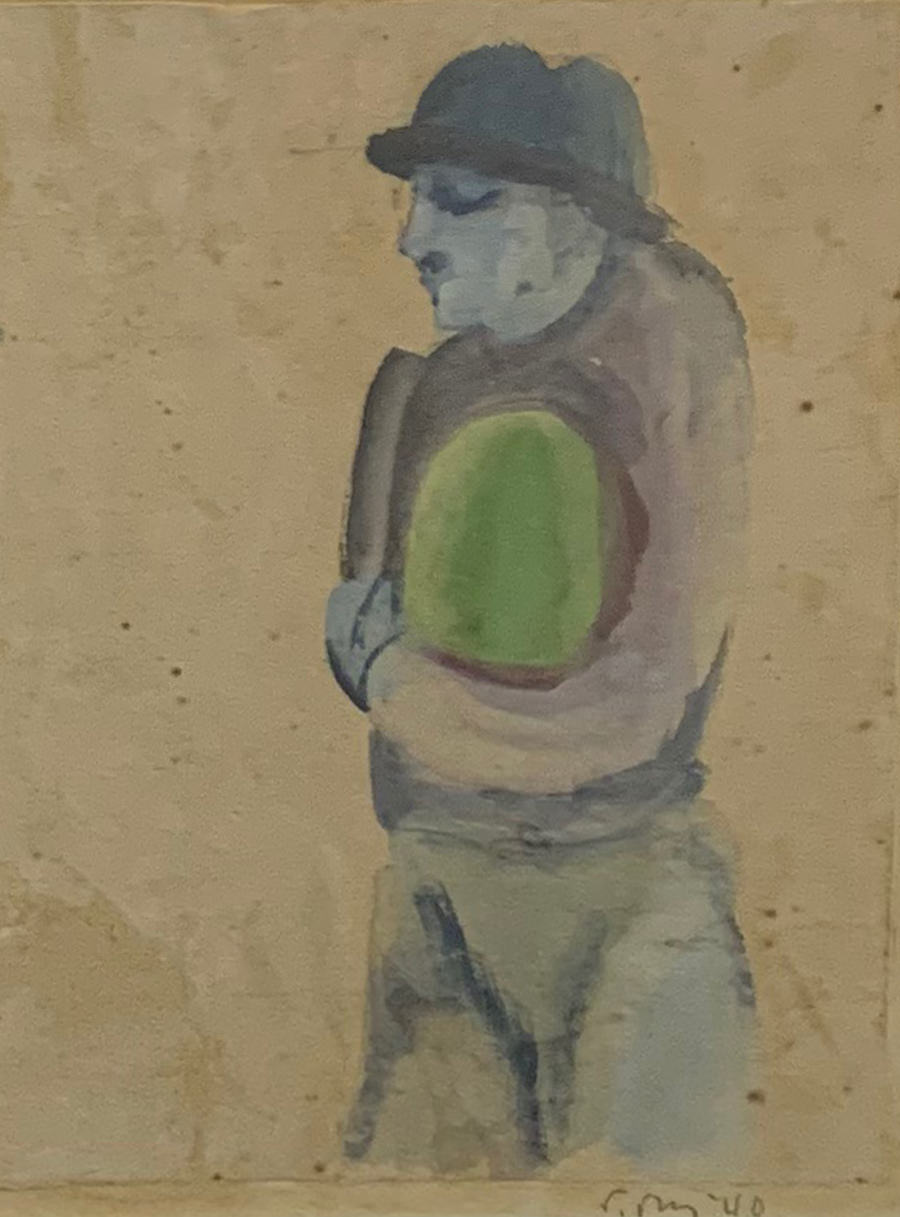 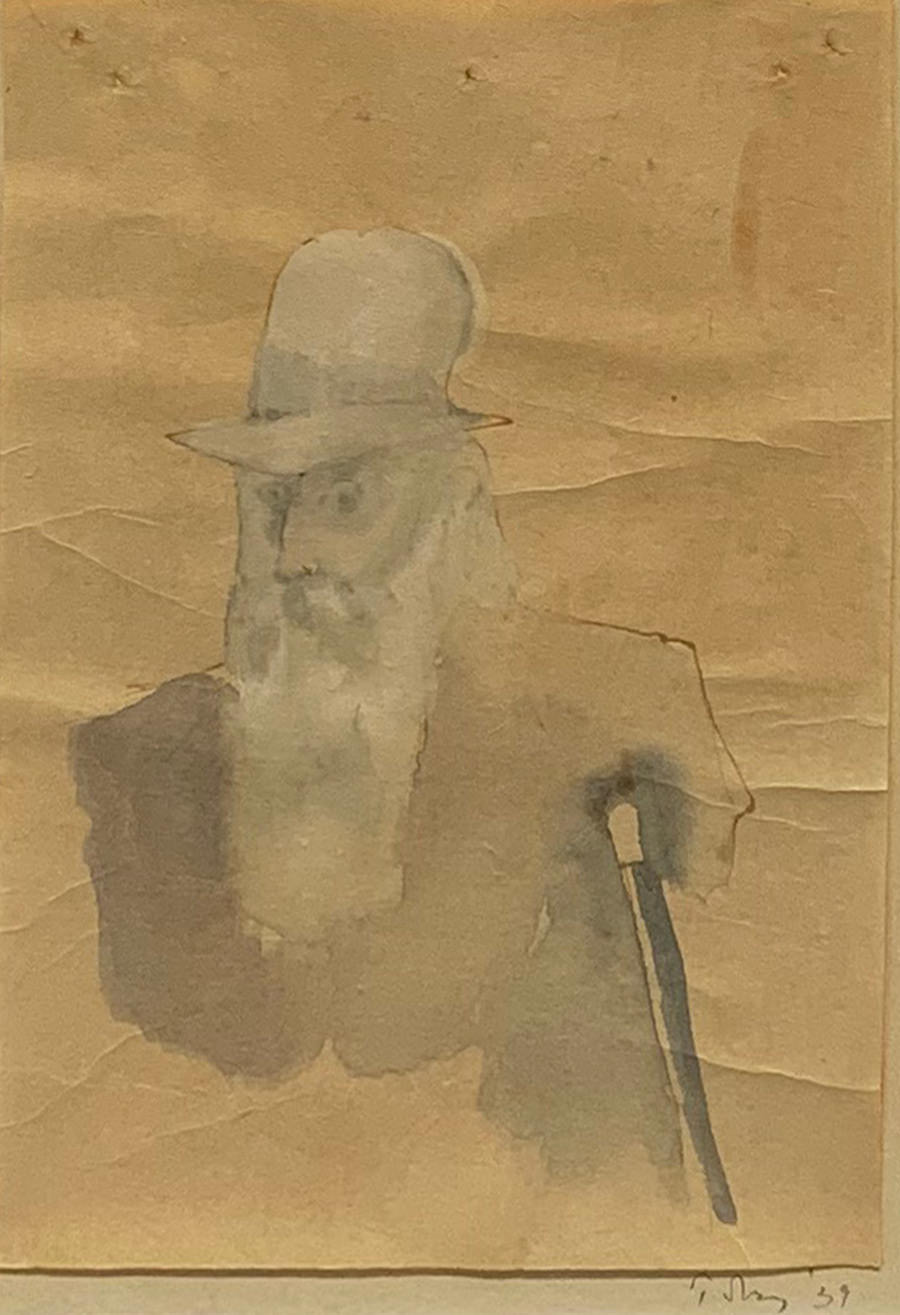 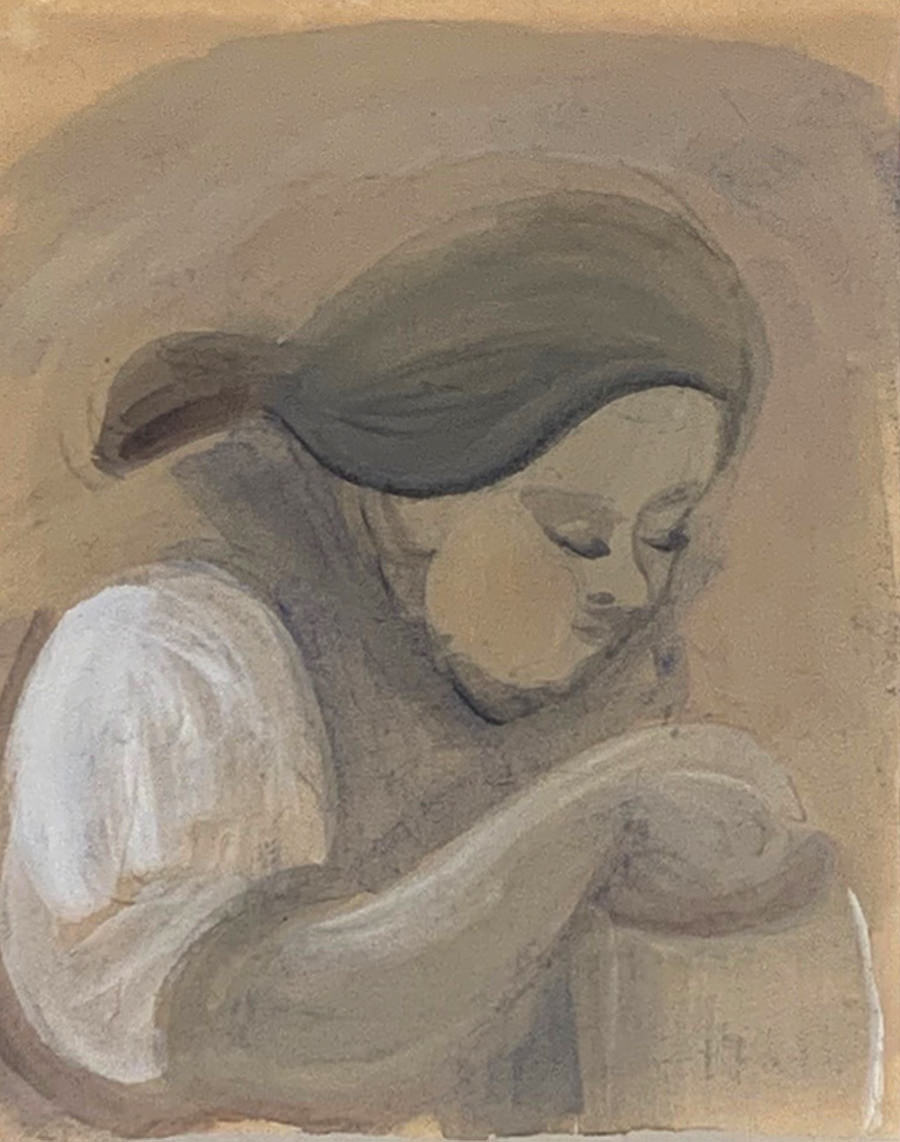 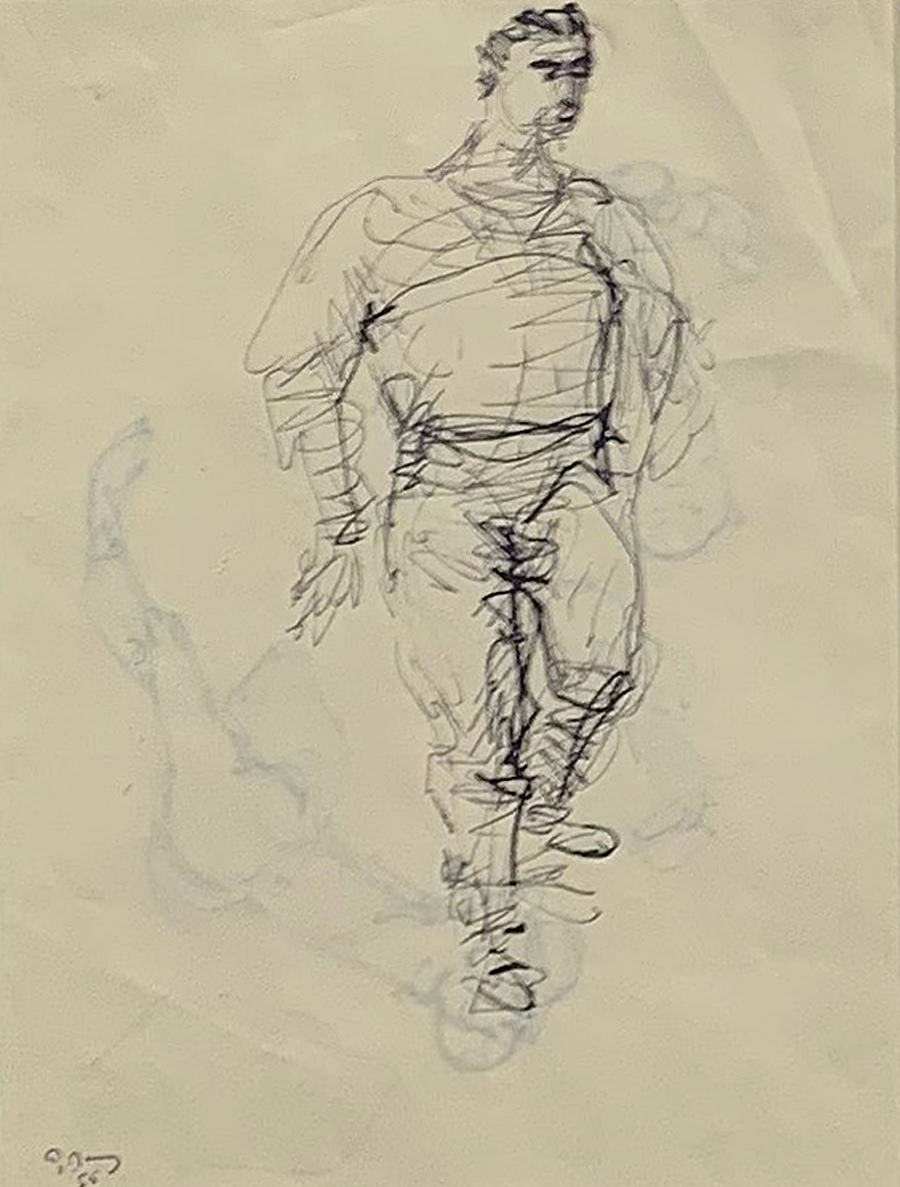 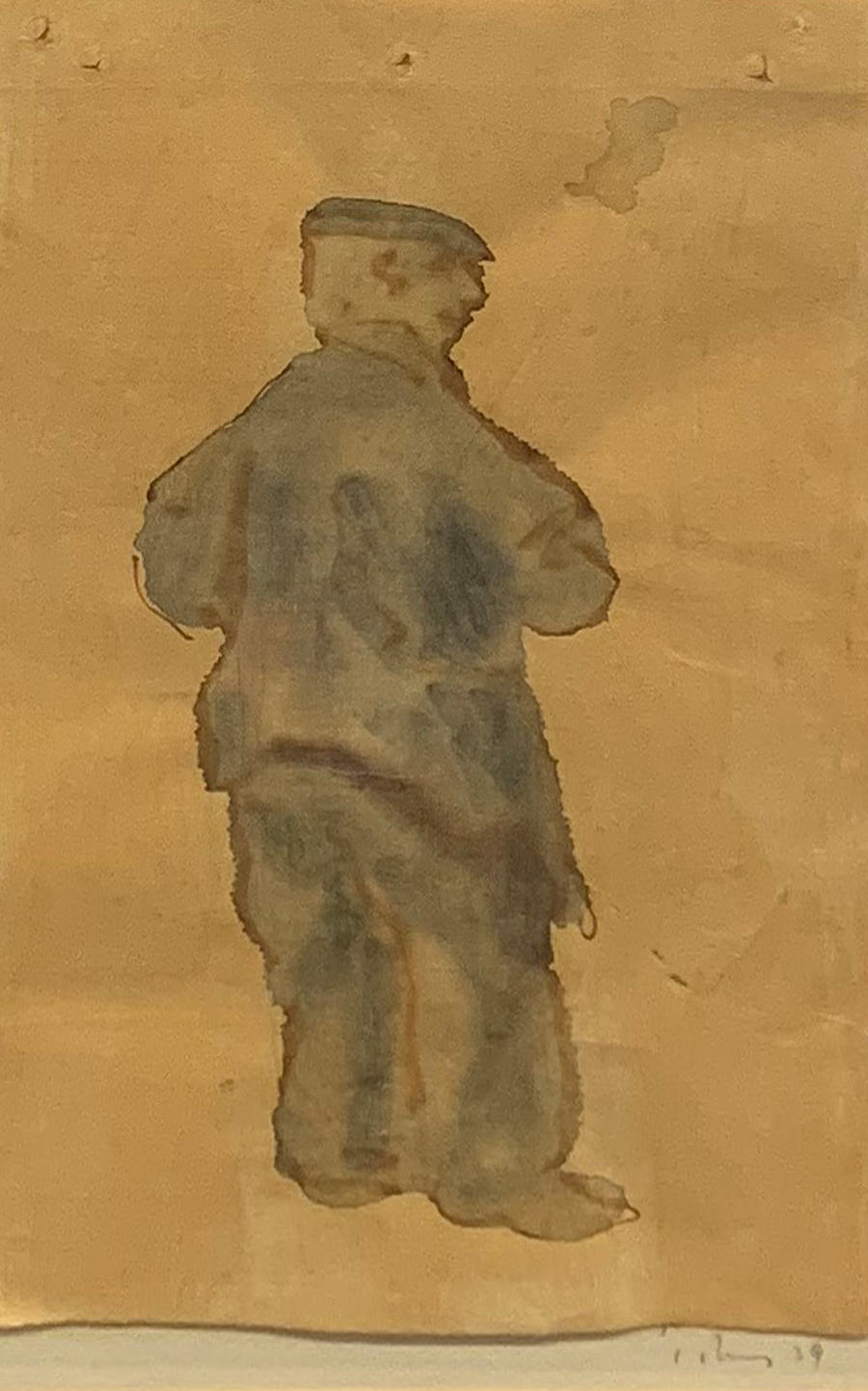 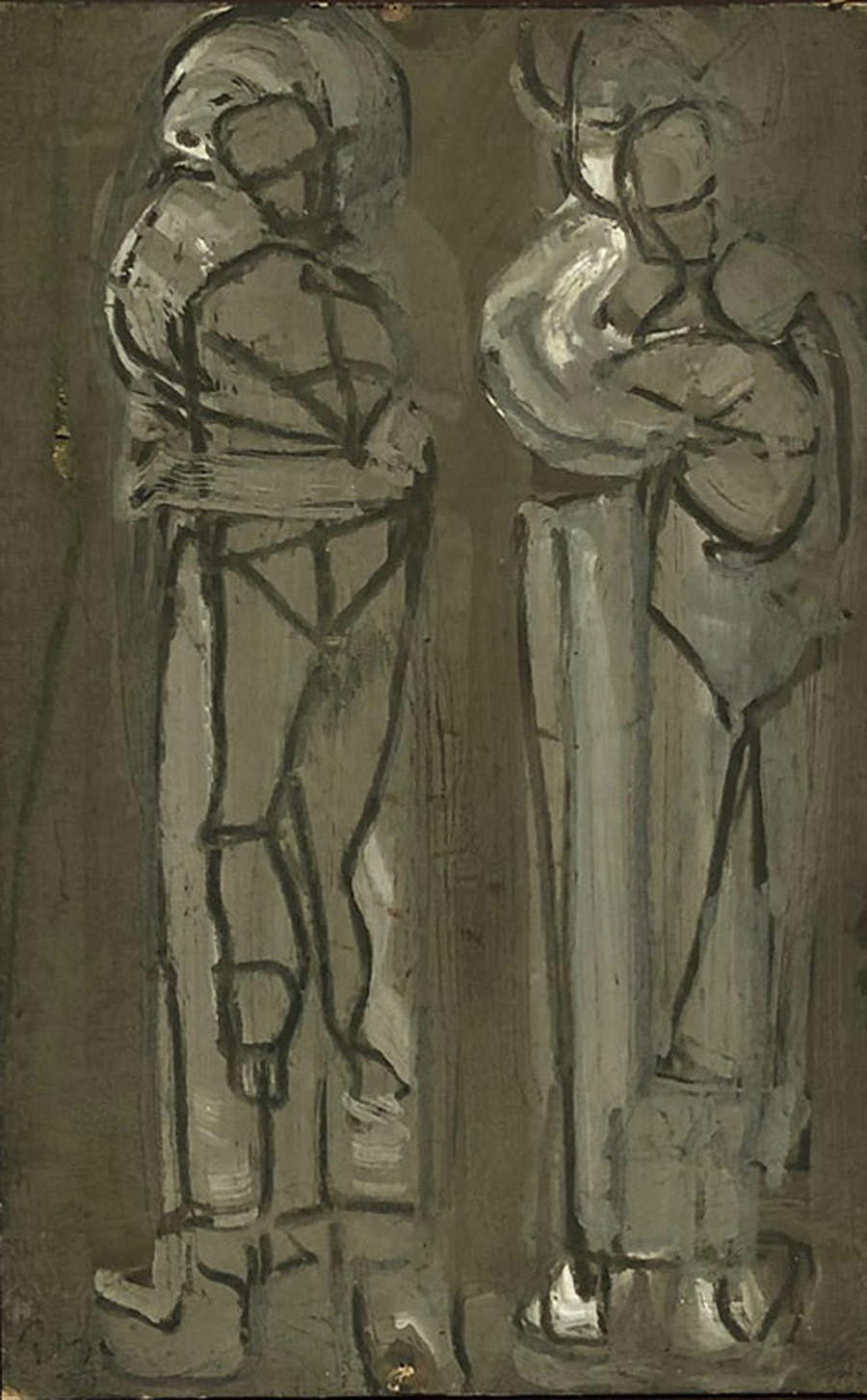 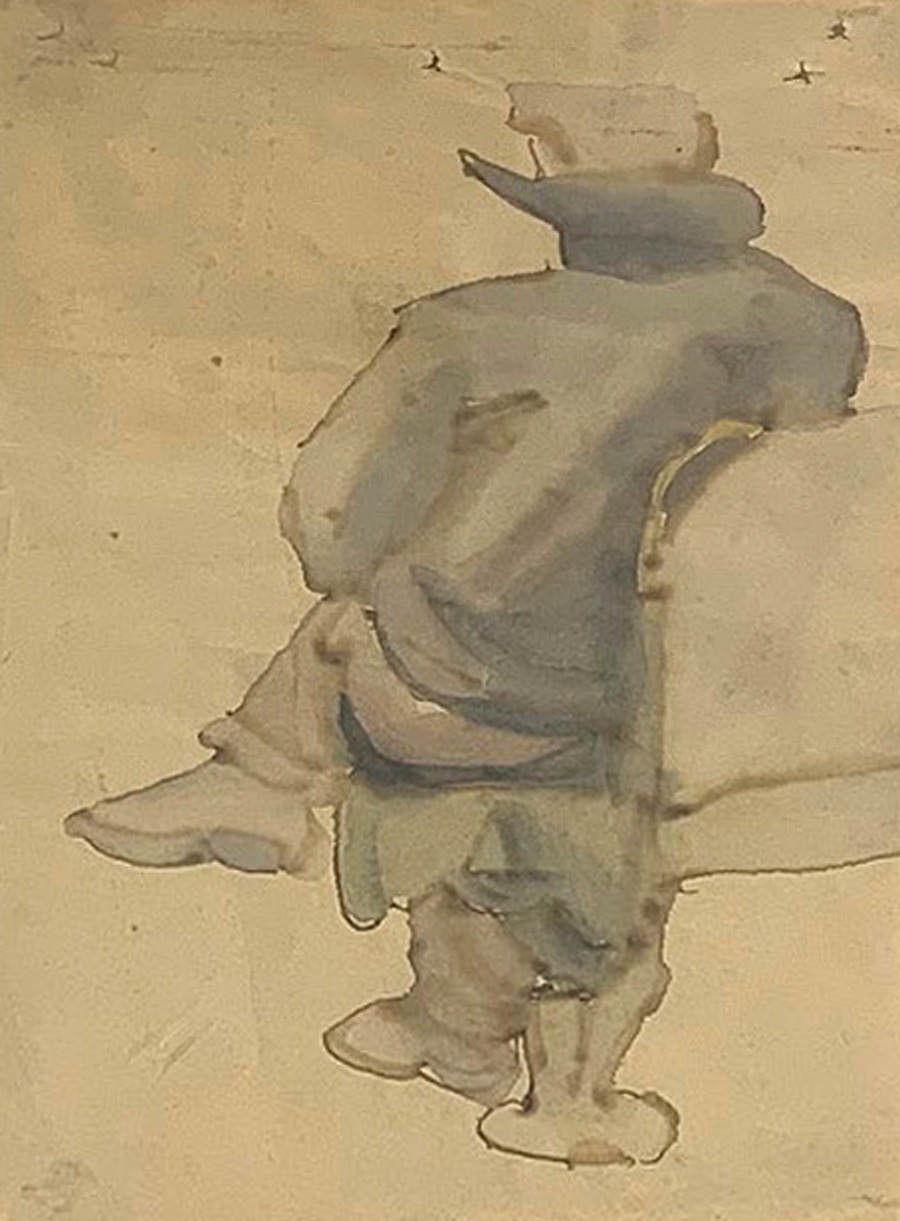 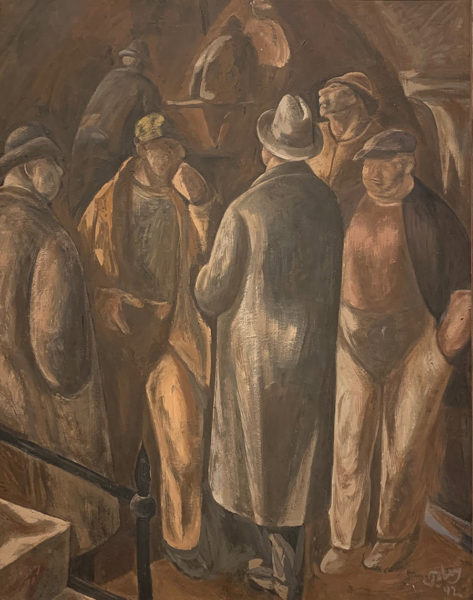 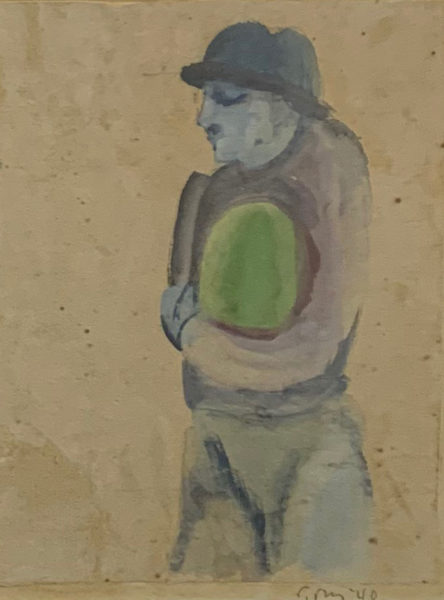 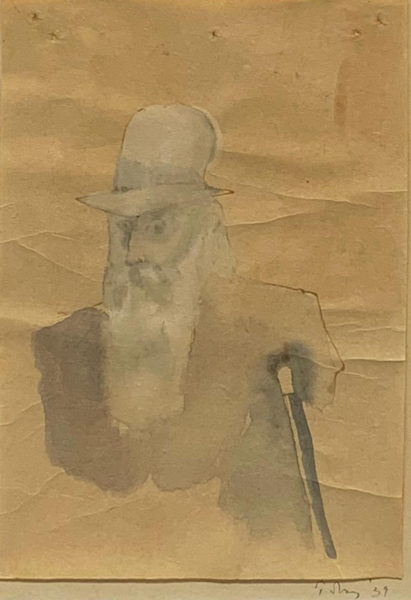 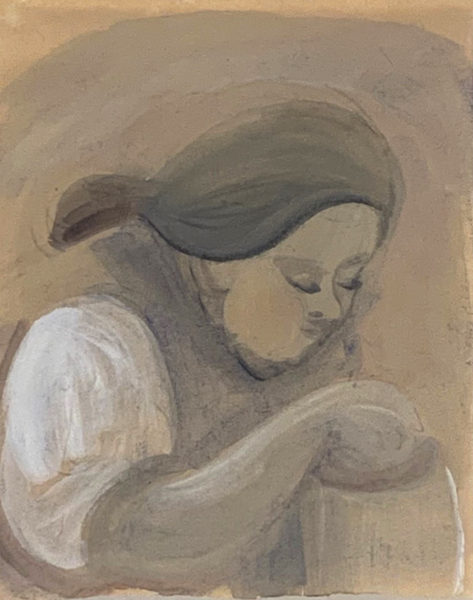 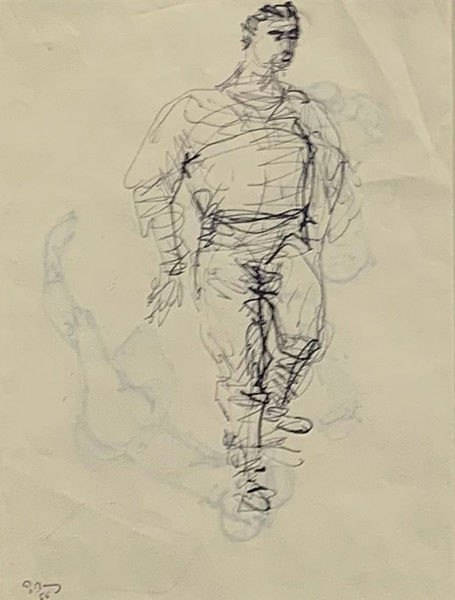 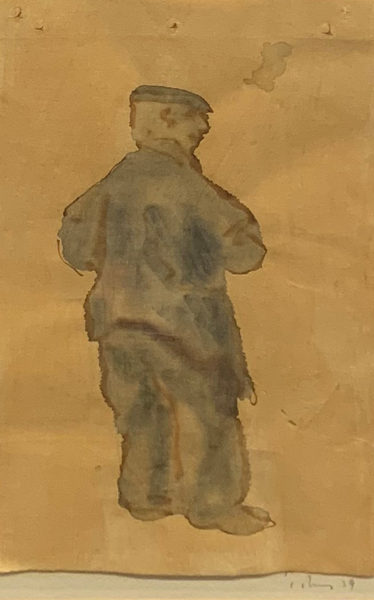 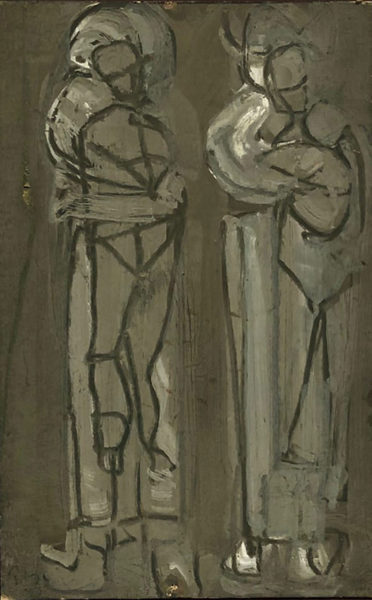 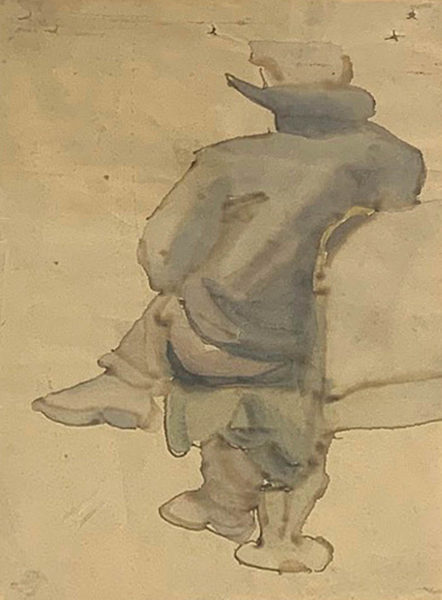