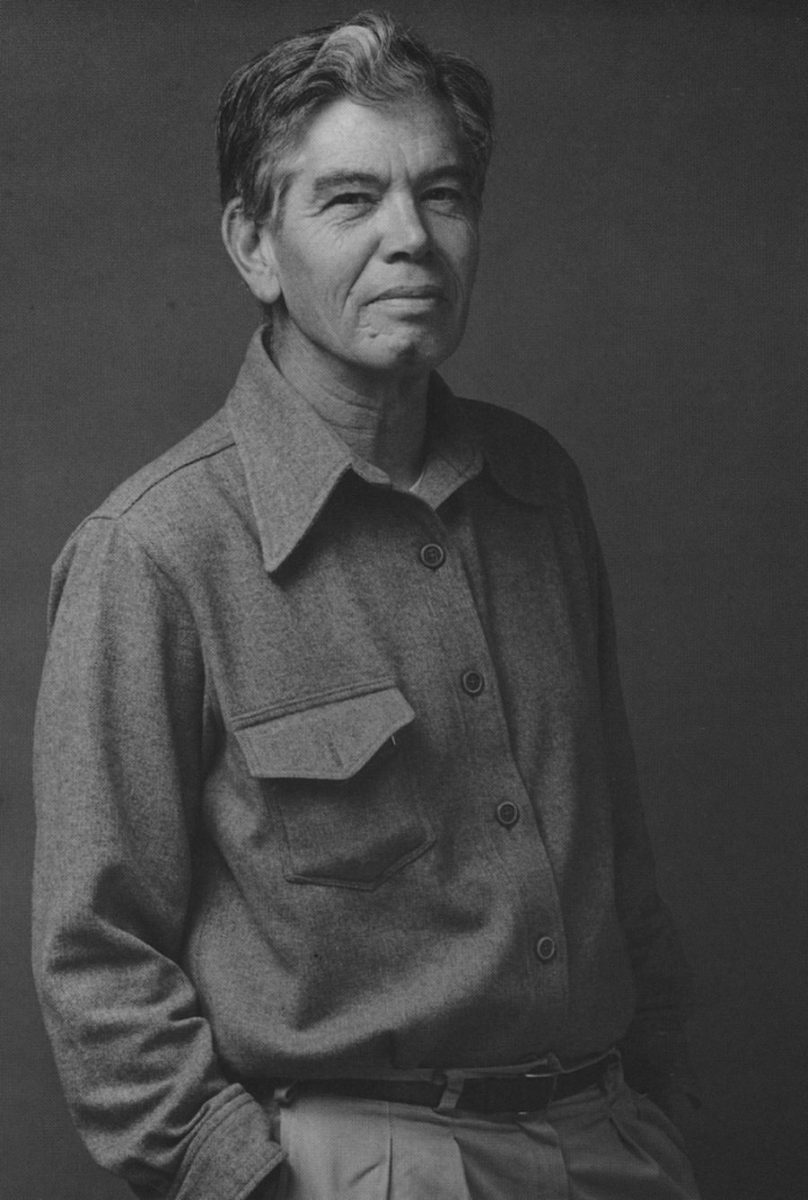 Born in Seattle, William Ivey (1919-1992) originally planned to become a lawyer, but an interest in drawing led him to take classes at Cornish School in Seattle. Following service in World War II as a paratrooper.  While in Italy he was able to view works by Michelangelo, Giotto, and Caravaggio. After the war Ivey spent three years at the California School of Fine Arts in San Francisco, where he undertook serious study of modern art with such influential instructors as Clyfford Still, Mark Rothko, Ad Reinhardt, David Park, and Clay Spohn. Friends and fellow students included noted painters Richard Diebenkorn and Frank Lobdell.

In the late 1940s Ivey returned to his hometown, was employed by the City of Seattle as a social worker, and had a daughter with his wife, Helen Taylor. He painted at night in a series of studios, entered the Seattle Art Museum’s Northwest Annual and the Henry Art Gallery’s Northwest Invitational shows, and sold his first painting, to collector and gallery owner Zoe Dusanne.

He, Jack Stangle, Ward Corley, and Richard Gilkey were featured in an exhibition of Northwest avant-gardists at SAM; he formed friendships with fellow artists such as Guy Anderson, Leo Kenney, and Carl and Hilda Morris. In the late 1950s he opened the short-lived Artist’s Gallery with painters Alden Mason, James FitzGerald, and Margaret Tomkins.

In 1960, Gordon Woodside became his representative; the same year he received a Ford Foundation grant, and two years later, a grant from the National Foundation for the Arts and Humanities. In 1964 he had his first major solo show, at the Seattle Art Museum. In 1967 he received a Rockefeller Fellowship.

Ivey was acquainted with Mark Tobey, Morris Graves, and other members of the “Northwest School”, and was close friends with Richard Gilkey and many of the Skagit Valley–based painters who were considered by some critics to represent a second generation of the Northwest School. However, his deeply personal style of abstraction showed more of the influence of Still, Rothko, and others he studied under at the California School of Fine Arts.

Distaste for promotion likely limited Ivey’s popularity — his one and only European exhibition, arranged by painter John Franklin Koenig, was at the Galerie Arnaud in Paris in 1966 — but he remained a respected, strong-selling artist in the Pacific Northwest. SAM held another solo show of his work in 1975; in 1982 he accepted a rare commission and created the largest painting of his career (20′ x 8′) for the King County District Court in Issaquah, Washington; in 1983 he was named Artist of the Year by the King County (Washington) Arts Commission, and used the $25,000 reward to build a studio behind his home in Seattle’s Queen Anne neighborhood; in 1989 the Henry Art Gallery presented a major retrospective of his career.

He found inspiration in observation of the real world, but his intense immersion in the painting process transformed what he saw into lush abstractions that emphasized color and the picture plane. In Ivey’s paintings, shapes are secondary to color in the development of spaces, and delicate neutral grays set off glowing patches of bright color. Ivey rarely titled his paintings

Represented by the Woodside Braseth Gallery since 1960, Ivey had major solo exhibitions in both the United States and Europe. His work has been shown at the National Museum of Art in Osaka, Japan and he has had a retrospective at the Henry Art Gallery in Seattle, Washington. His work can be found in over 300 collections. He has received numerous awards including the Rockefeller fellowship, the Ford Foundation Purchase Award, a grant from the National Foundation for the Arts and Humanities. 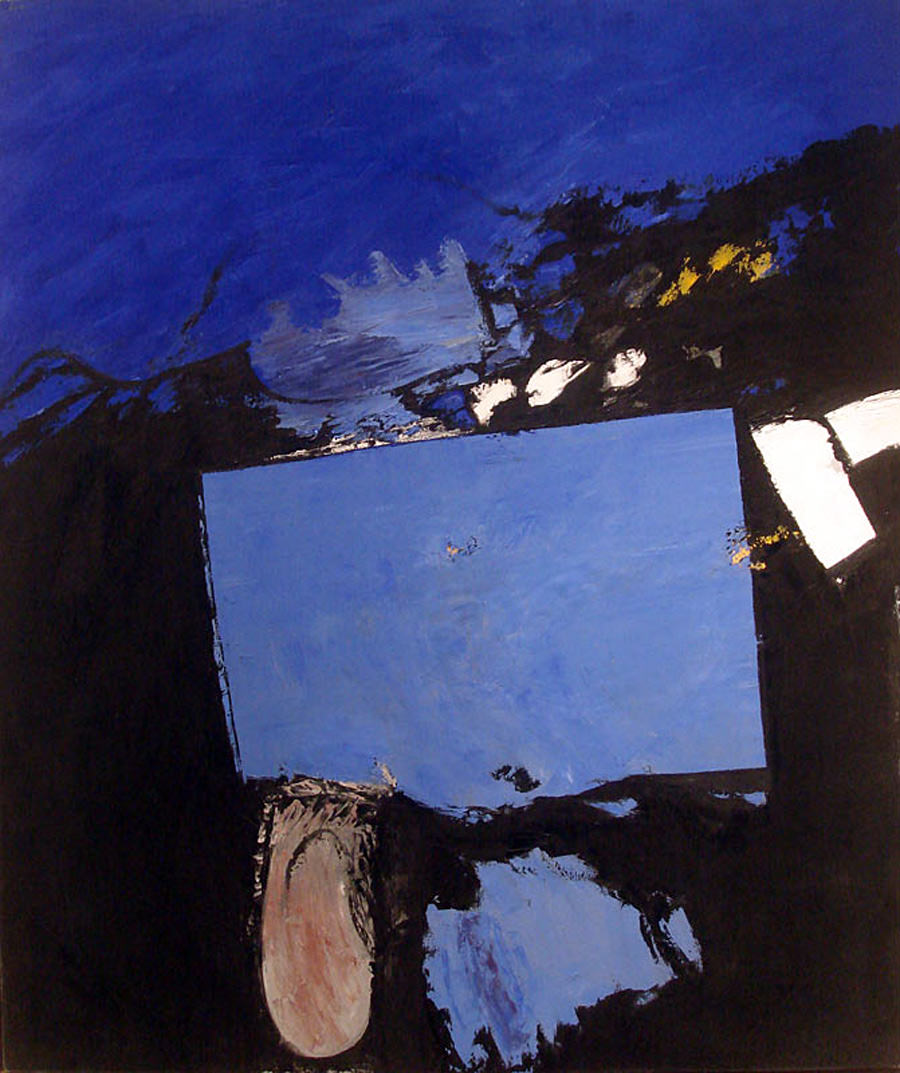 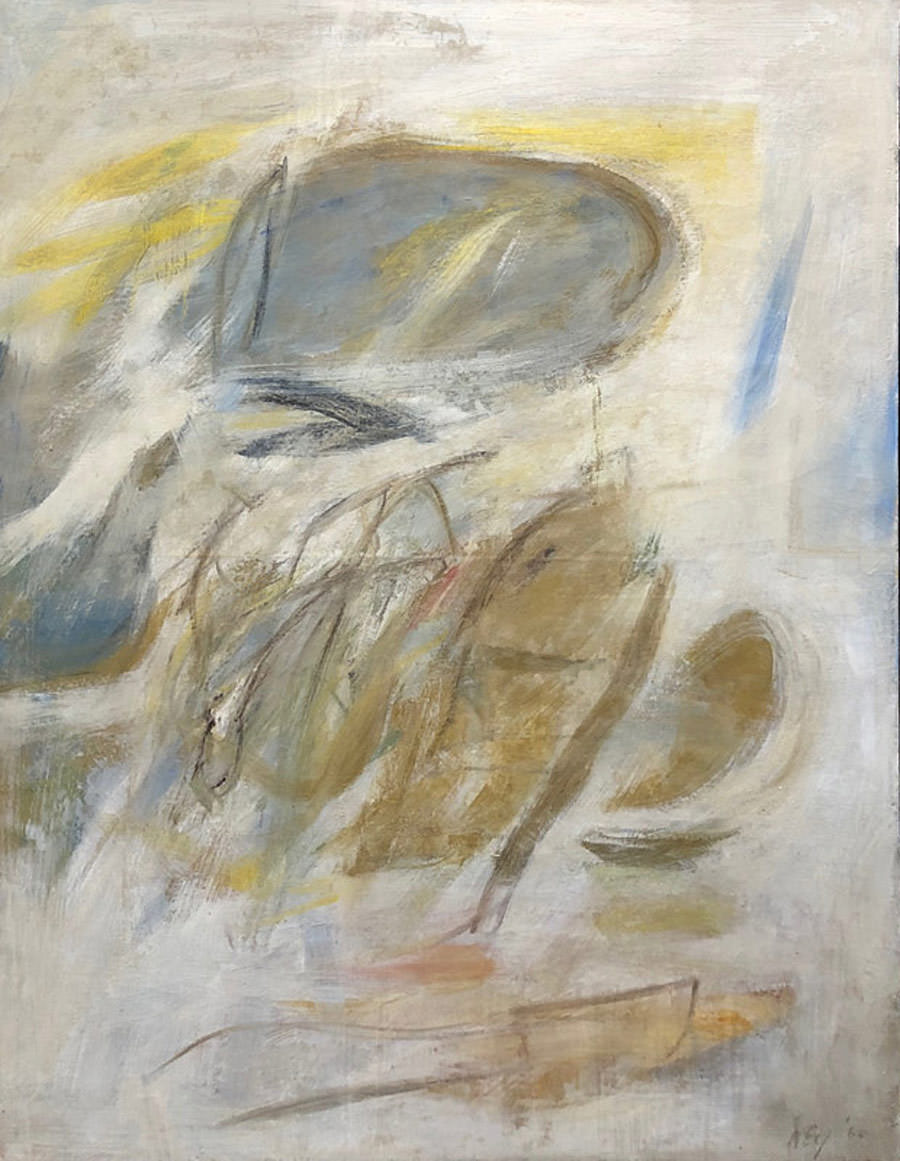 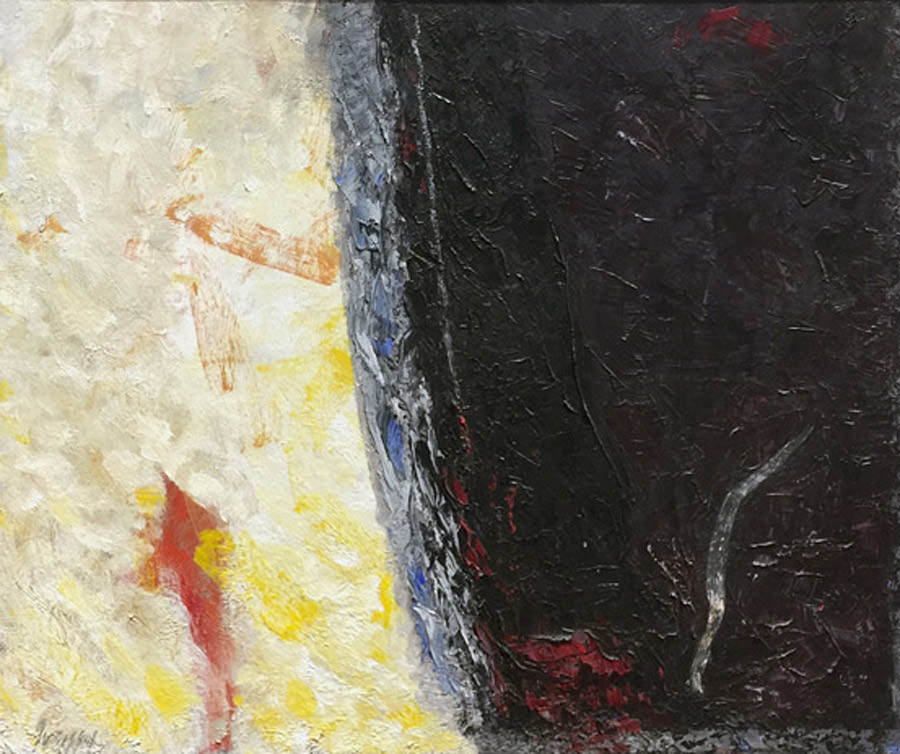 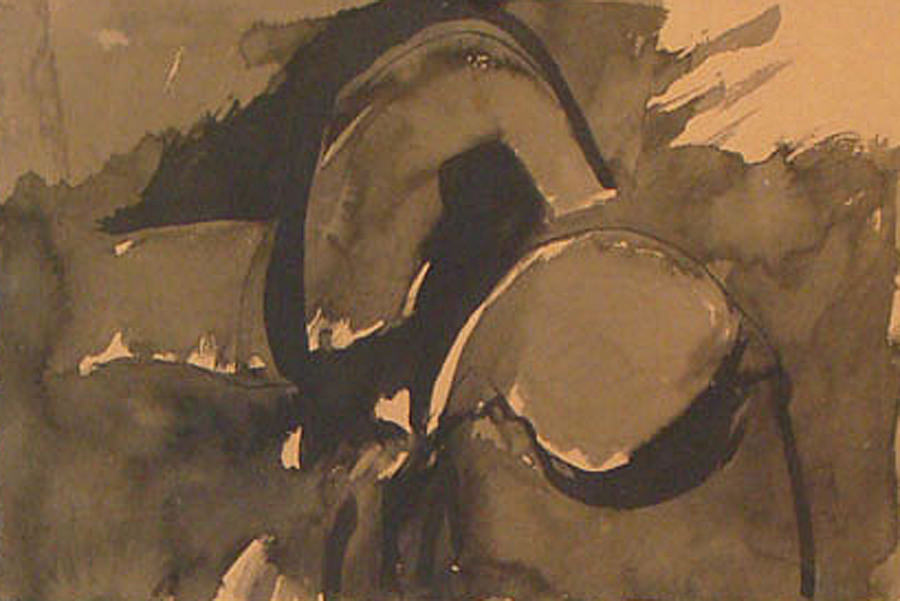 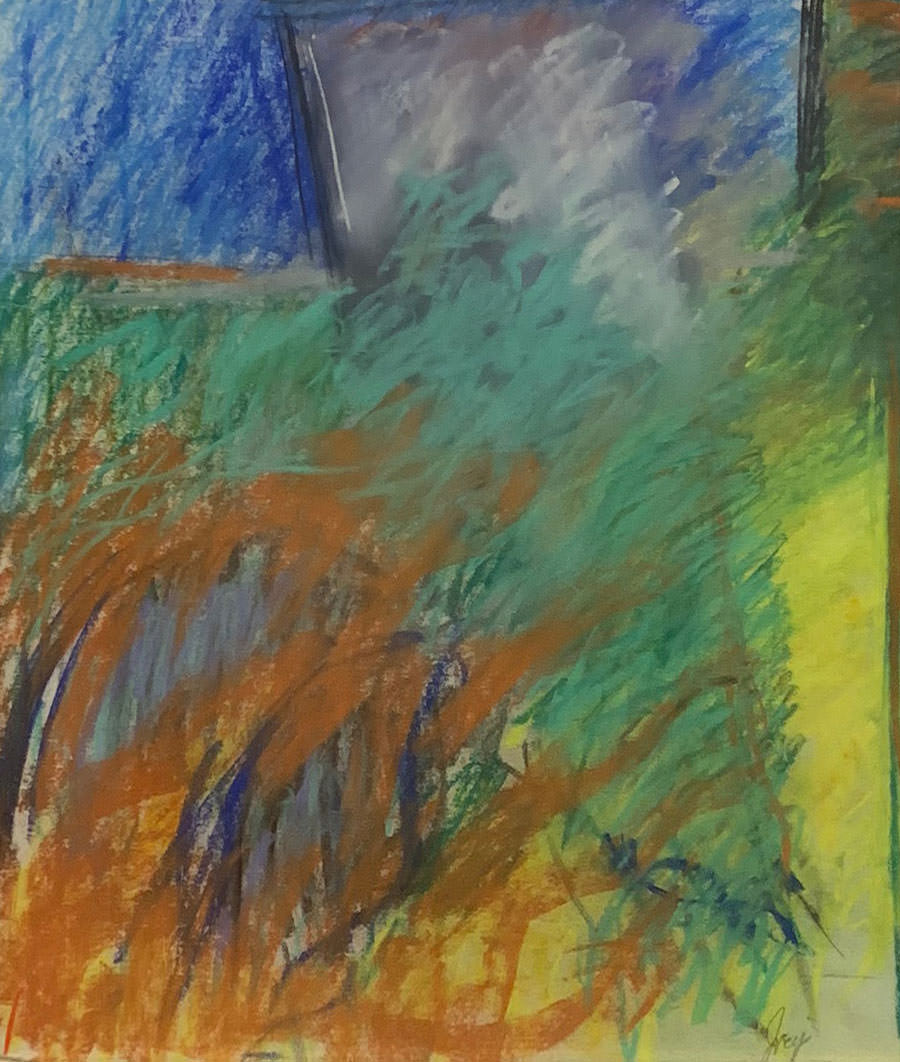 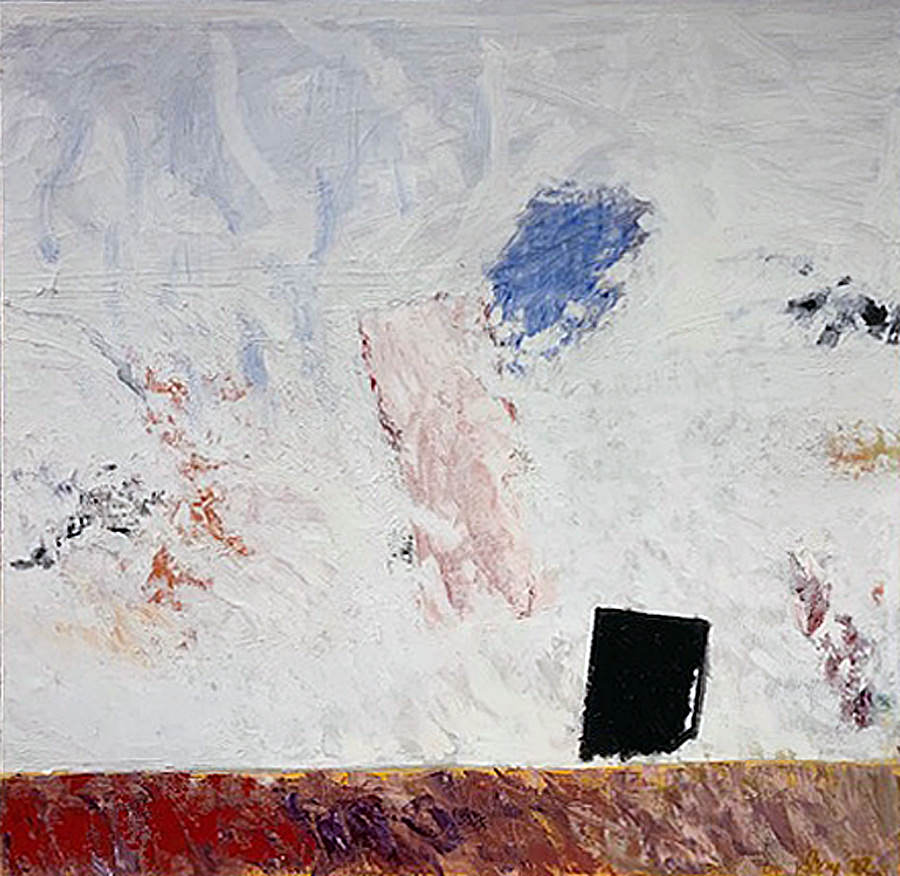 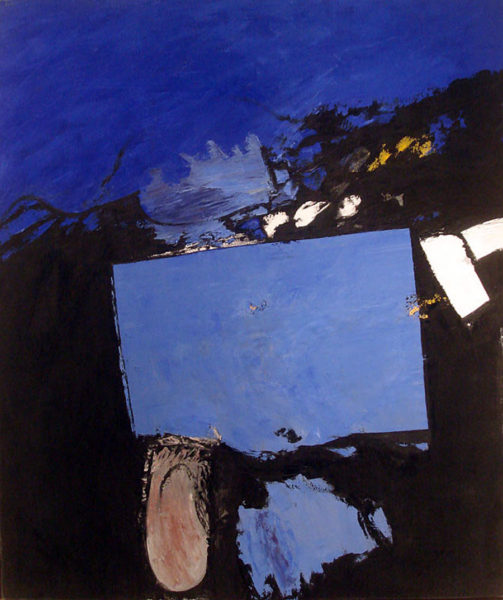 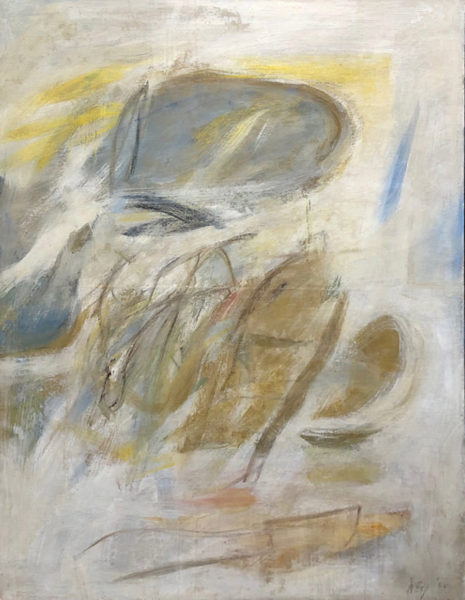 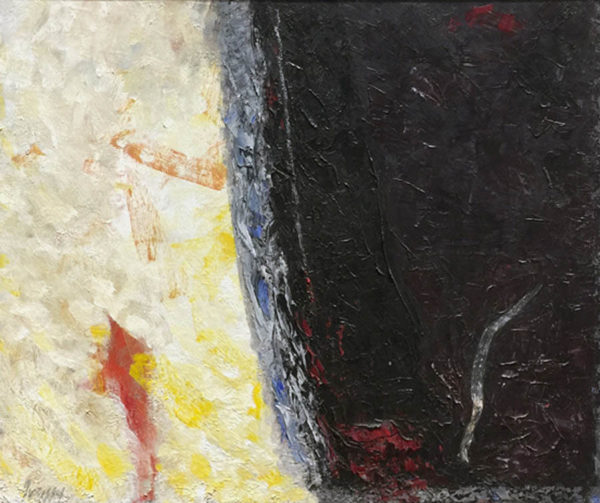 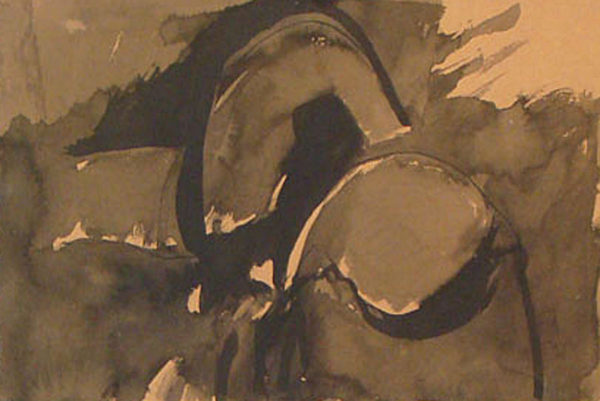 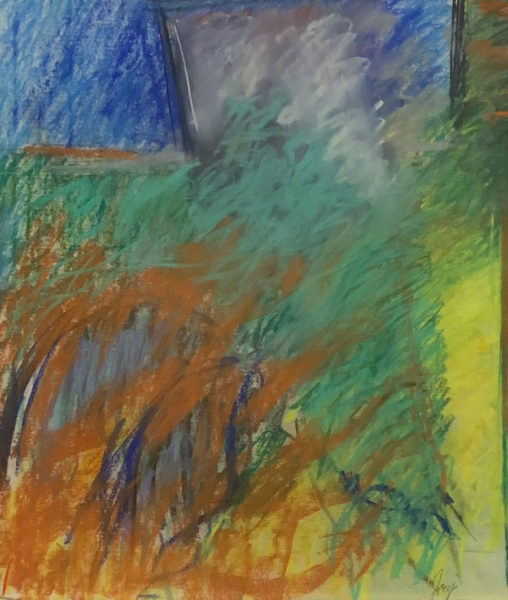 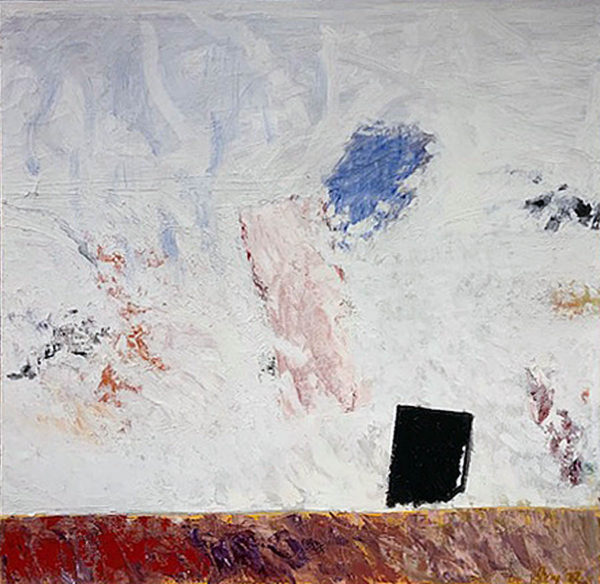